Quite how I came across the fact that Morecambe was once a major shipbreaking port is unclear. I think it was through researching something vaguely related but several steps later I stumbled across it somewhere en route. Either way, there’s not a whole lot of information on the net, but I found out that a book had been published by Lancaster City Council on the subject some years ago and was long out of print. I set up an ABE Book search alert and several years later a notification came through that a copy had surfaced at a Dutch bookshop.

Furness Withy ship Sachem, in May 1927

Today, Morecambe isn’t known for much really. It always played second fiddle to Blackpool in the battle for Lancashire’s seaside tourists, and today there is even less to see of merit other than the fabulously restored art deco Midland hotel, and of course the bronze statue of Eric Morecambe.

The town wasn’t an obvious choice of location for shipbreaking, but came about due to the Midland Railway steamer services vacating the stone jetty for nearby Heysham. The jetty was offered for lease, and Sheffield based TW Ward moved in, in 1905.

Majestic (1889) near the end of the Stone Jetty in May 1914. See my other blog ‘Planes, Boats and Trains‘ for a picture of her in her prime.

Understandably, this was not exactly a popular move. The town was a seaside resort, and the noise, smells and burning were not really conducive to attracting more holidaymakers to the town. The council and townsfolk were equally unhappy about the large level crossing over a narrow main road that linked the railway to the yard (and used to transport trainloads of scrap to steelworks such as the Haematite Iron Company at Barrow) However, Wards started to offer tours of the ships before demolition started, with proceeds going to charity. This was a great PR exercise, and lucrative as well. The yard also gave employment to around 90 local men, which unlike most side town work, was not seasonal. After an arrangement between the council, wards and the midland railway, the contentious road issue was resolved by reducing the crossing to a single track and widening the road to 80 feet.

Work was hard, dangerous, and not that well paid. A 6 day /47 hour week was standard, and injuries were not uncommon, some leading to deaths.

Not all the ships Wards bought could be broken here, although Morecambe was just one of the five yards the company owned, the others being in nearby Preston, Inverkeithing (Scotland), Briton Ferry (Wales) and Grays (Essex).

As time wore on, the council’s grudging tolerance of the yard evaporated, and they moved to purchase the area from the midland railway. Clearly Wards were not happy, as the yard was a profitable operation, but in 1927 an agreement was reached that the yard would be vacated in 1931, thus giving the company time to wind down their operations. By 1930, the price of steel had collapsed, and the loss of capacity due to the yard closures did not have a major impact on Wards. The last ship to be brought to Morecambe was Fisgard II in 1932, although this was transferred to Preston shortly afterwards.

In total,  58 ships were broken up at Morecambe, and today, there is no evidence of the operation. Following closure, the land was cleared and tidied up, and the midland railway, by then the LMS, took the opportunity to build a grand new hotel, called the midland. This still survives and has recently been restored to its former glory, but that’s a story for another day!

As mentioned, Wards also had a significant shipbreaking yard down the coast in Preston – this was much longer lived, (1894-1970) and much better documented. There are many photographs of this yard in the Preston digital Archive on Flickr https://www.flickr.com/photos/rpsmithbarney/albums/72157609589780964/page1 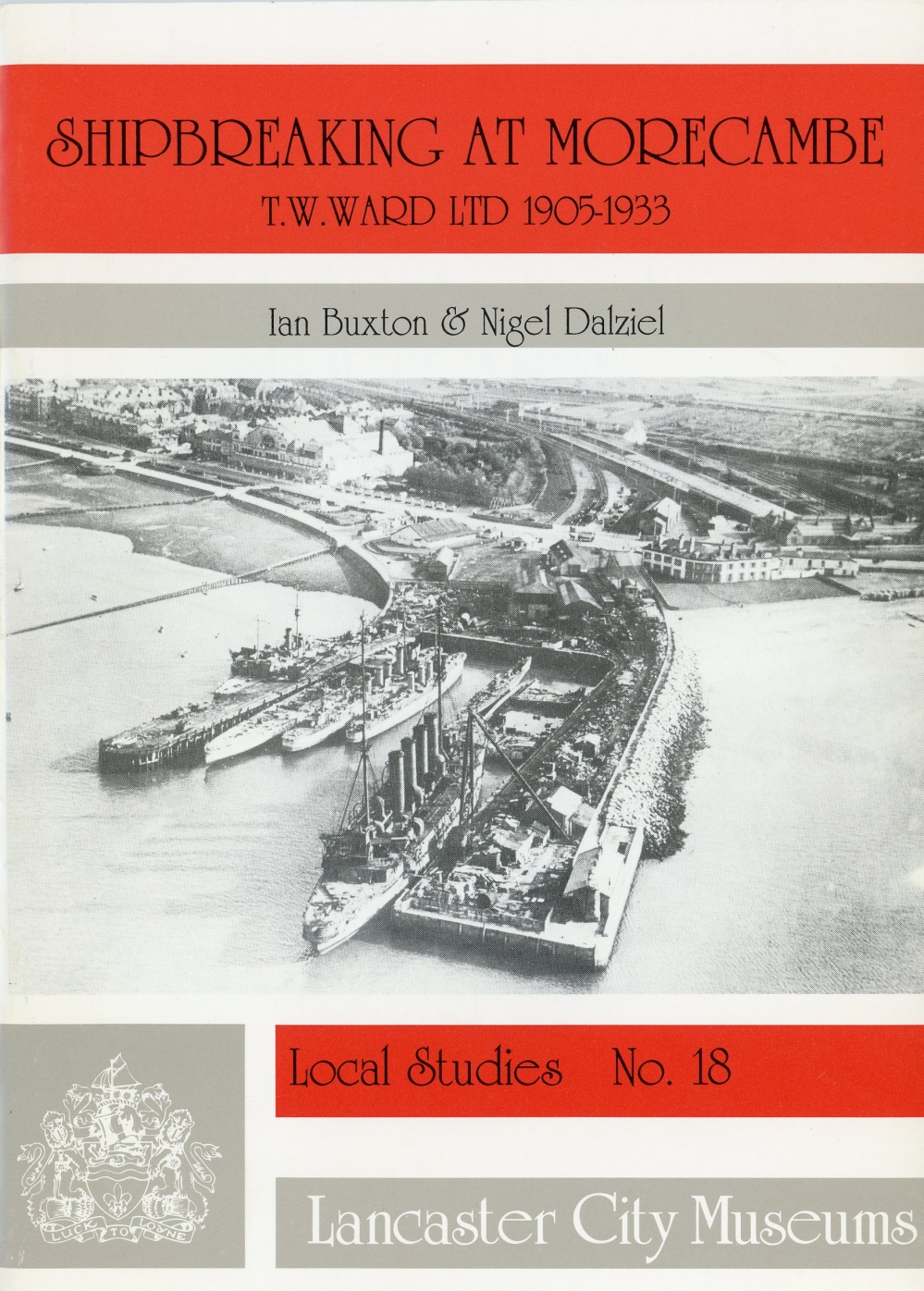