On over the summer at the People’s History Museum in Manchester is a new exhibition, Grafters. The subtitle is ‘Industrial Society in Image and Word’ and it is curated by Ian Beesley with some accompanying poems by Ian MacMillan (who has previously provided poems for some of Beesley’s books).

The exhibition is split into 8 distinct areas – Beginnings, The Portrait, Industrialisation, A Unit of Scale, Self Representation, The Heroic, The Workforce and The Industrial Landscape, loosely following the evolution of industrial / industrial-social documentary photography (of which Ian Beesley is one of the best known practitioners). This gives some variety in the mix – from posed, official photographs, through to news images and social documentary.

The photographs of the contraction of the Manchester Ship Canal piqued my interest, primarily because I’d only ever seen similar published in small books. To see them printed large really gives an impression of the vast undertaking it was, especially given the fact that construction was not fully mechanised and thousands of navvies were still required during the construction.

But this exhibition is as much about the worker as their accomplishments, and the photos of the workforces at places that were about to close brought to mind the cliched management expression that remains fashionable -people are our greatest asset. I know that this is well meaning in its intent, but seeing the group photos of workers before they clock out for the last time reminded me that human labour is as much a disposable asset (or overhead) as any piece of machinery or building.

Cynicism aside, this is a great exhibition that is well worth a visit! 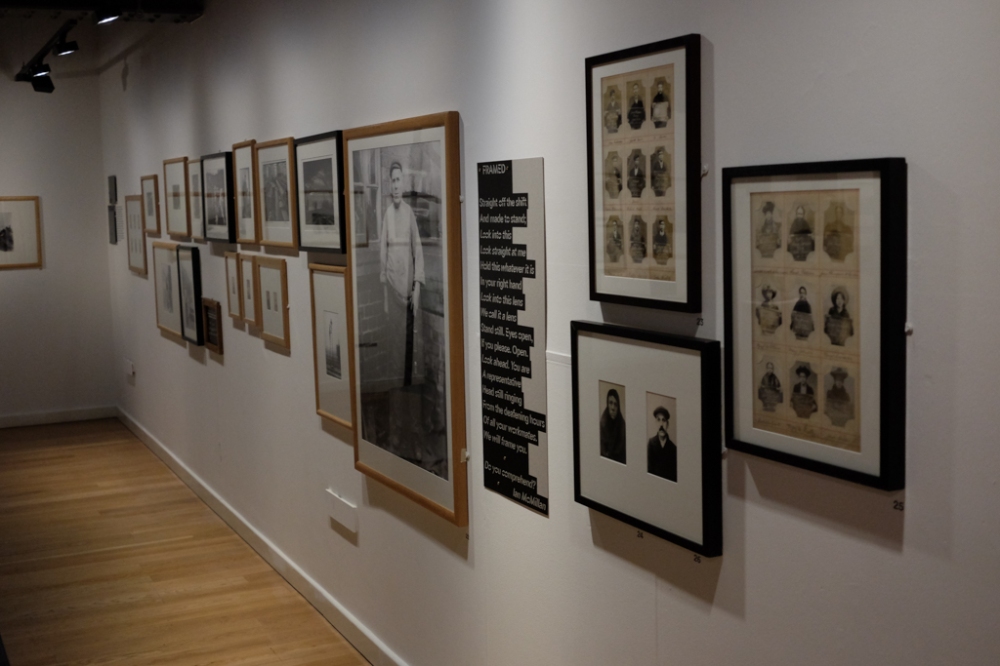 Not how I stage my exhibitions, but as the author and creator, I have full control of the printing, whereas these photographs are from many different photographers and the prints are a mix of original and reproduction.

Of particular interest was the Oldham panorama (above), and the immersive way in which it was displayed in an ante-room, although I’ll explore this further in a future post.

Humphrey Spenders Unemployed on Tyneside, 1936. I presume the very dark skies were the result of darkroom work, so as to create the mood intended by the photographer.