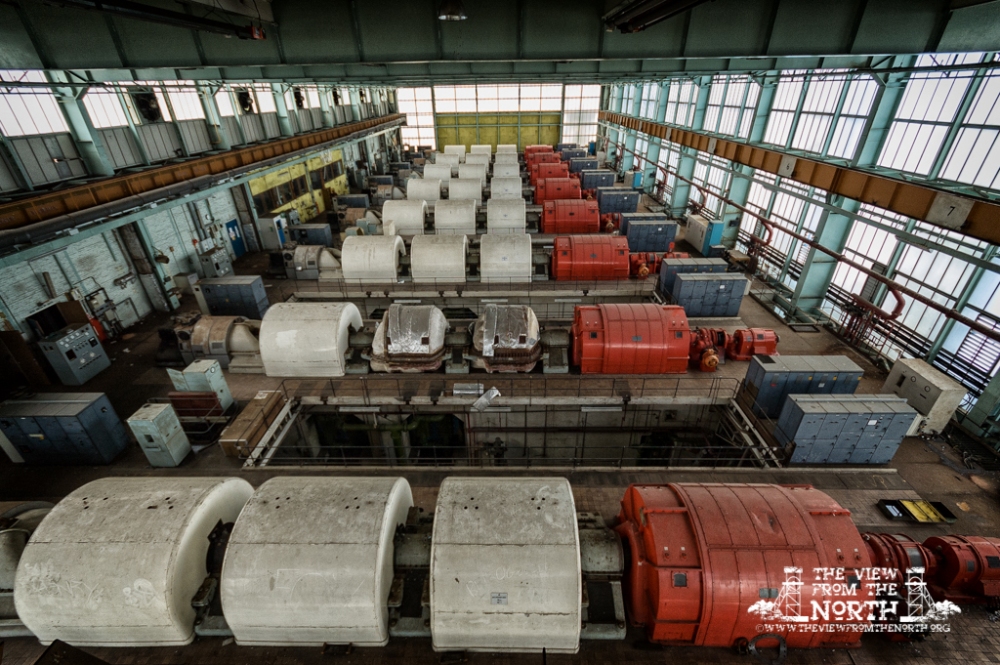 And so on to the famous air house.

This large building contained 8 centrifugal compressor/exhauster sets that blew large volumes of high pressure air to all the test bays across site, and is probably the best known building due to the huge number of photographs on urbex sites of its multi coloured turbines.

I had to get the shot looking down the hall, and I had the ideal lens for it, the Sigma 10-20mm. I made my way up multiple staircases and ladders up to the overhead gantry crane. The wooden planks that ran along it’s length seemed a bit rickety, and the drop below was to ground level, which was about 30 feet below the turbine floor. F**k it, I’m only going to be here once. Off I went to the middle, got a couple of shots and then ot back to terra firma as quick as I could.

While we were there, it seemed rude not to go onto the roof and get some views over the site as it was a nice day, taking care to keep out of sight of security. And the onto the bank of cooling towers which weren’t that interesting. 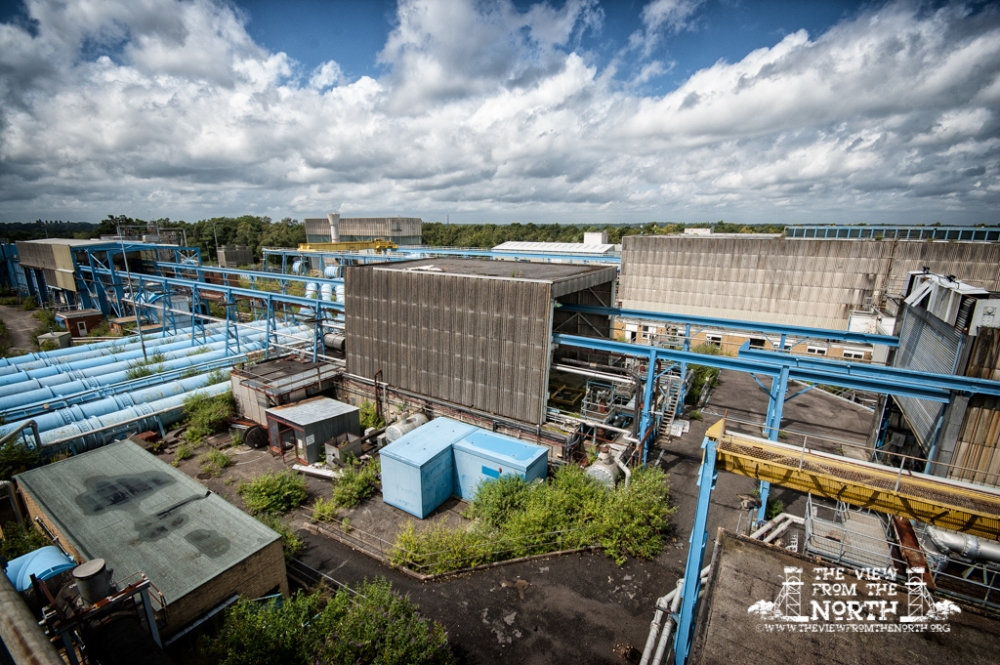 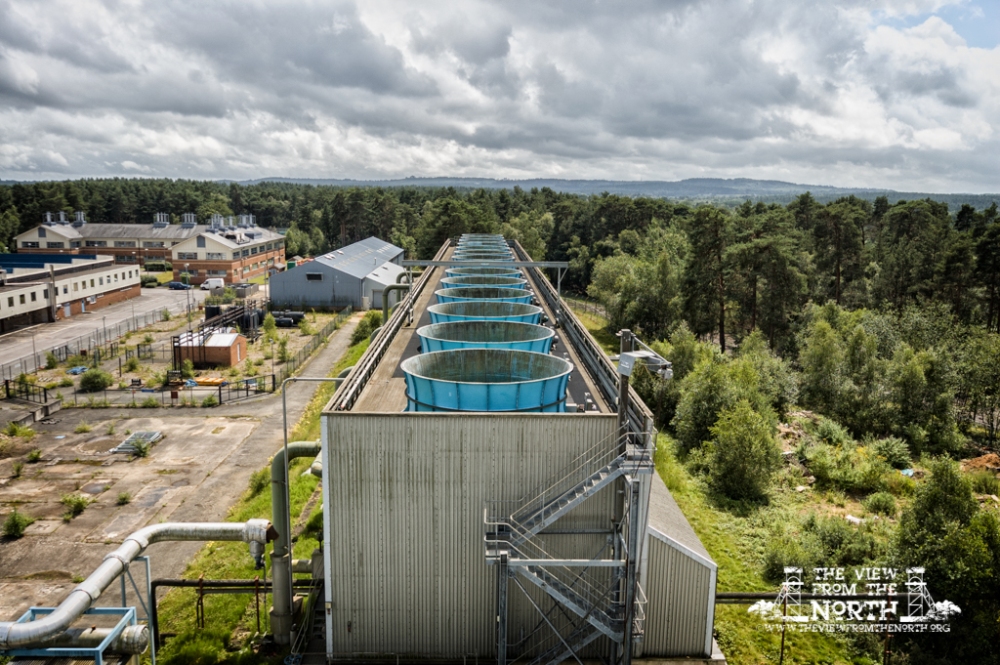 Then I hit the wall. Adrenaline works in weird ways, it can fuel you and heightens your senses and awrencess, but it can tire you out. That combined with an early morning, the concentration involved in driving 4 hours at speed, and then walking round the huge site just hit me. I had to sit down and rest while the others walked on and continued exploring. But sitting out in the August sun was not an unpleasnat thing to do, even if it was crouched down behind a wall out of site of the admittedly lax security.

The rest of the guys re-appeared, and we headed for our final building, Cell 3. This test cell was actually housed underground, presumably to reduce noice. The smell of aviation fuel was still tangible in the chambers, a reminder of the cells last use testing the Eurojet engines used in the Eurofighter Typhoon, an aircraft two of us on the explore were quite familiar with! Having been in the vicinity of Typhoons during engine ground runs, I can’t even begine to comprehend the noise or vibration in an enclosed test cell – simply terrifying. Once the cell was closed in 2002, it was used as a film set for a scene in the film Sahara, which is when the fake doors were added.

There was no way we could see the entire site in one visit, so I curtailed our visit as I had the long drive home ahead of me, and I was weary, even if my passengers were still keen to see more.

As we hung around the car park, changing and taking refresments, two other groups of explorers turned up we’d not bumped into on our way round, which goes to show just how big the place is!

The journey home was long. Weekender headed off, never to be seen or heard of again. As I drove back, one by one my passengers fell asleep, or retired with their own thoughts, tired and elated to have seen at least some of this monumental place without being asked to leave.

Things change. The sheer number of people wandering round the site, including pikey metal theives, resulted in security being stepped up. Reports became more frequent of people getting busted by more active, aggressive security. Plans to demolish the site and build a giant Tesco depot have been approved, but while they haven’t yet come to fruition, it is inevitable, as let’s face it, there aren’t many alternative uses for a disused gas turbine testing facility.

And so, for the moment at least, Pyestock continues in it’s silence, a monument to when Britain’s engineering and aircraft industry was an independent, world leading force.

I highly recommend visiting Simon Cornwell’s website http://www.ngte.co.uk/home.htm to find out more about this fascinating place.