I’ve been fascinated by power stations and cooling towers since my dad took me to see the massive cooling towers at Kearsley Power Station in Bolton being blown up in 1984. Dad had grown up in their shadow in the 50’s and 60’s and it was fairly poignant for him to see them come down. He used to regale me with tales of his visits there from school, and about the ‘leccy’ electric locomotives used to haul coal trains round site.

Fast forward to the present. Abandoned power stations are few and far between in the UK (although there seem to be more in Europe) and although I was invited to explore Inverkip in Scotland, I ended up pulling out due to other commitments. Since then, I’ve had to content myself with the wasteland that is the remains of Huncoat, and vague plans to see the control room at Bromborough.  Now I did call into see the cooling towers at Thorpe Marsh a few weeks back, but I had neither the time nor the attire for a proper explore, but my curiosity had been piqued and I needed to go back.

So with good weather promised, I made an early start from sun drenched Chorley, only to find myself driving through thicker mist the further I got into Yorkshire. By the time I was approaching Thorpe Marsh I was beginning to wonder if they’d been blown up as I couldn’t see them. In fact, it was only when I was literally right next to them could I begin to see their lower halves – the tops were shrouded in mist. This made for an eerie, quiet  atmosphere, punctuated occasionally by the wailing level crossing siren from the adjacent country lane, followed by the shriek of a Pendolino as it hurtled past en route to Edinburgh.

As I made my way to the far corner of the site through the thick undergrowth that had taken over the coal sidings, the mist slowly started to lift. The sun was now just about visible as a pale white circle between the curves of the towers.

At the far corner is what looks like the remains of some kind of coal unloading plant, a skeletal steel structure over railway tracks and large underground chambers that are now full of water. Not sure why this was left standing? 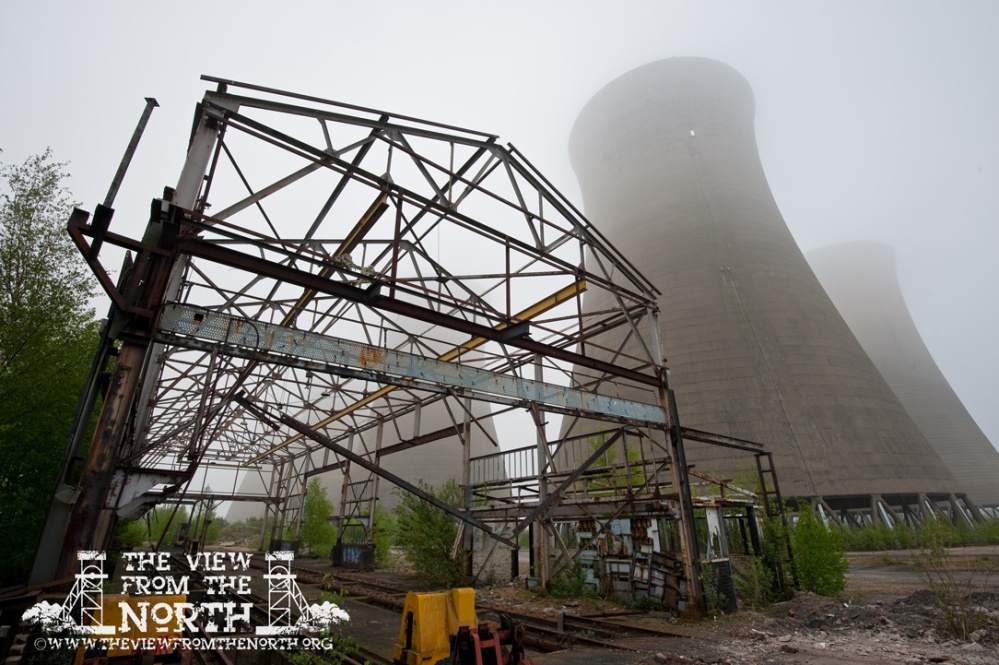 However, it was the cooling towers I was here to see, so I had a quick walk into one. The mist had now cleared from the top of this one and pale blue sky was visible through the top, as well as the hint of a shadow. Thank goodness for super wide-angle lenses – on full frame, a 16-35 is just wide enough to get it all in! 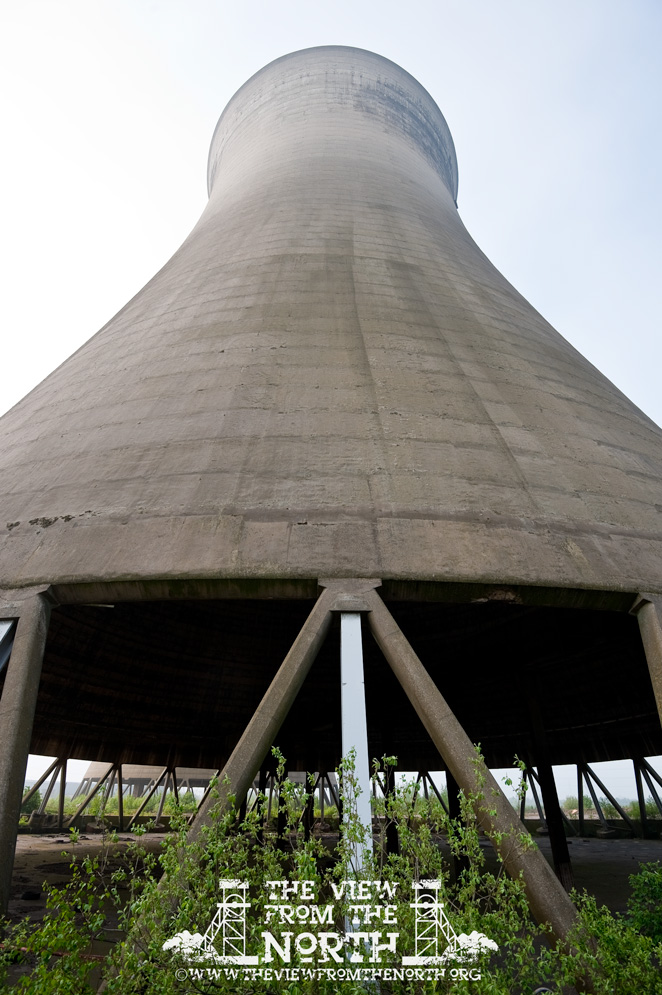 The other remaining structure on site is the slurry hoppers, an imposing concrete structure  between two of the towers, but I can’t find anything interesting to say about it, so I’ll move on.

By now the sun had completely cleared the mist and as I walked over to the abandoned excavator I was wary of being more visible from the adjacent National Grid site – time to make a move, as on my last visit, there were people on site and a van had left by the gate I was parked at, possibly just to see if I was up to no good (I was just sat in the car setting my sat nav). 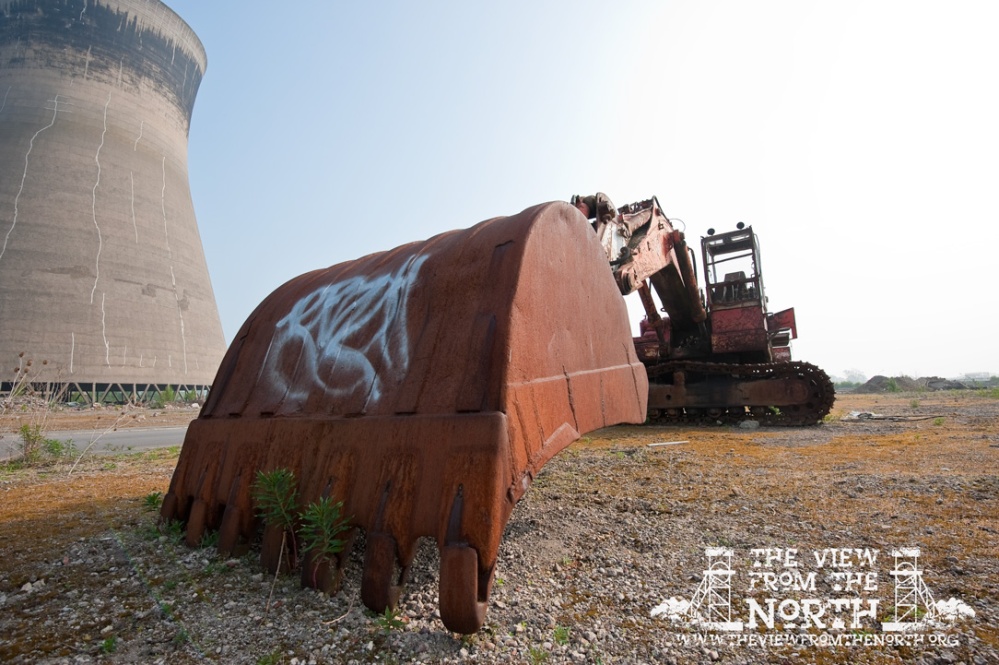 This old excavator seems to have been left by the demolition crew, and it’s now as derelict as the rest of the site, and although everyone photographs it, I felt compelled to do so as I like big broken mechanical stuff!