So this was an interesting choice for the second location on our Samsung photoshoot. Caroline Gardens Chapel in Peckham is a small chapel that is rented out for ‘shabby chic’ weddings and other events. It’s not derelict as such, just maintained in a state of (aesthetic) decay to give the right ambience, and the pictures on the website make it look like it scrubs up, errr, nicely, if you see what I mean.

The place has an interesting history. It is part of a large complex of almshouses, originally built in the early 1820’s as the marvelously titled “Licensed Victuallers’ Benevolent Institution Asylum”. But titles can be deceiving, as it wasn’t an asylum as such, rather it was an old folks home for retired landlords, or as they were known at the time ‘decayed members of the trade’, which is quite apt given the now decayed state of their chapel.

The site was hit by a bomb during world war 2, although the institution has evacuated its members out to Denham in Buckinghamshire. The website describes the damage as “..and the chapel was almost completely gutted by an incendiary device, with the astonishing exception of its important stained-glass windows and fascinating collection of carved stone funerary monuments. After the war, the chapel was stabilised and made watertight by filling the crypt with concrete and adding a rudimentary asbestos-cement roof.”

After the war, the site at Denham was kept on, and the board of management decided to move all their residents there so the last tenant was moved out in 1959 and the asylum complex was sold to the London Borough of Southwark which to this day still uses it as social housing. The site was renamed Caroline Gardens after Caroline Secker, a former resident and widow of James Secker, who was the marine in the Battle of Trafalgar said to have caught Nelson when he fell.

The chapel hasn’t really been used since, however, the current team started using it for art projects, theatre productions and photo-shoots, and it is now also licensed for weddings. 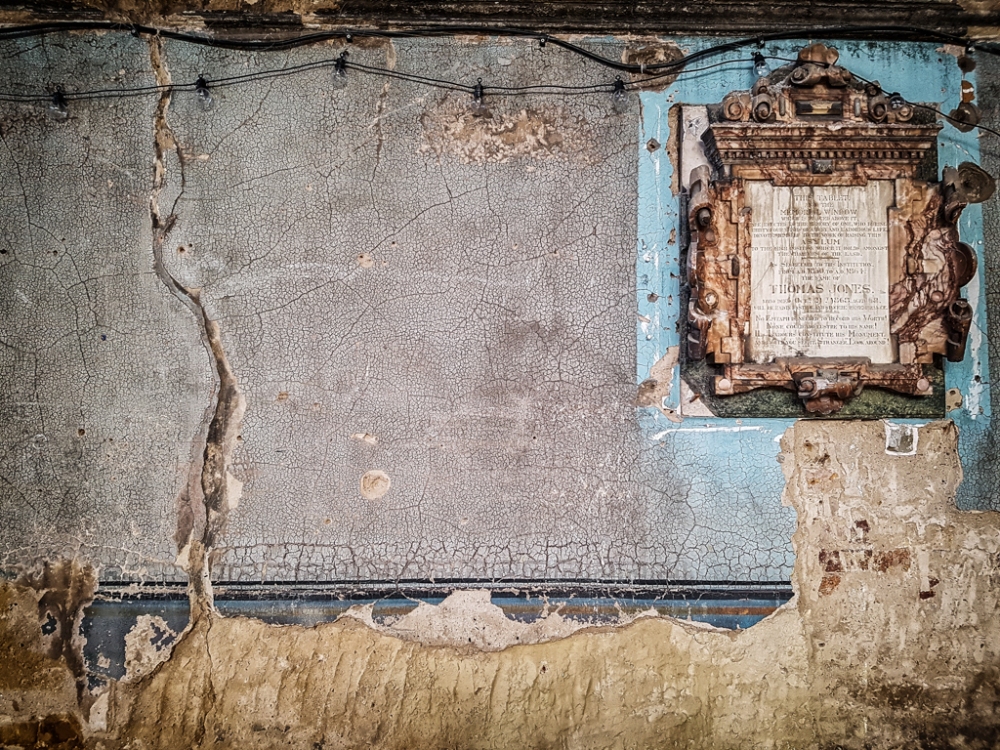 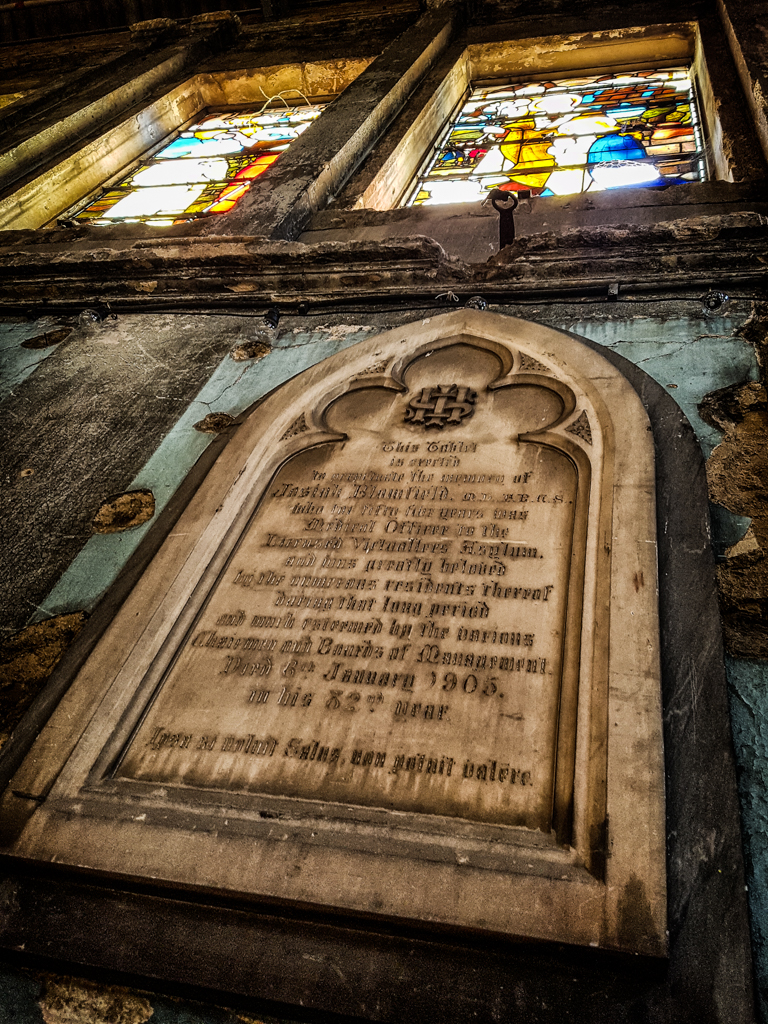