I happened on this article last week and decided to take some time to get a few photographs of this landmark mill tower before it disappeared. 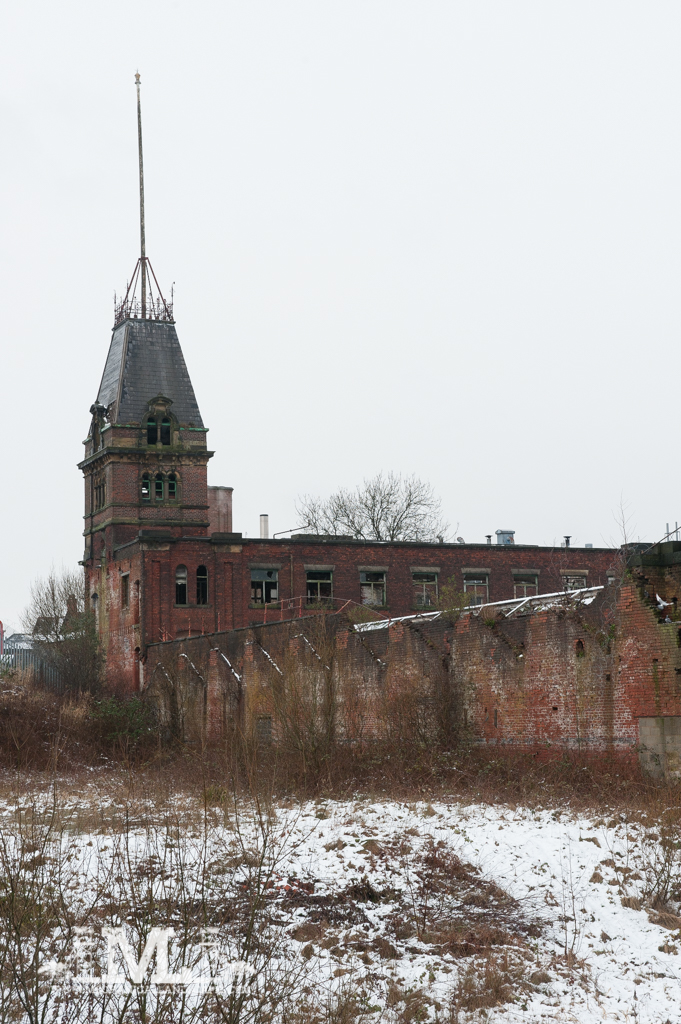 I got there just in time. Demolition contractors were on site and much of the rest of the mill had already gone. It’s a difficult place to photograph as you can’t really get near the place and I didn’t have time to go and speak to the demo team about getting on site. Thankfully the van hire company on the adjacent plot let me take some pictures from their fortified compound, and google maps and street view showed that there was a view from a modern housing estate behind. 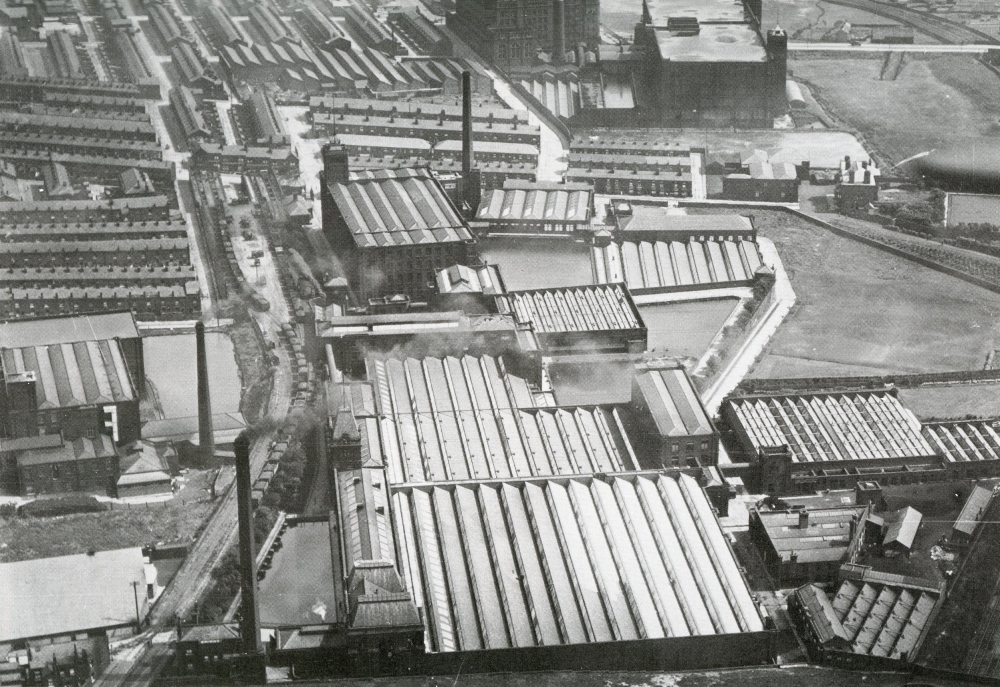 The mill complex as it was in the 1920’s, with Swan lane Mills at the top of the image. The tower I photographed can be seen in the bottom quarter of the image. 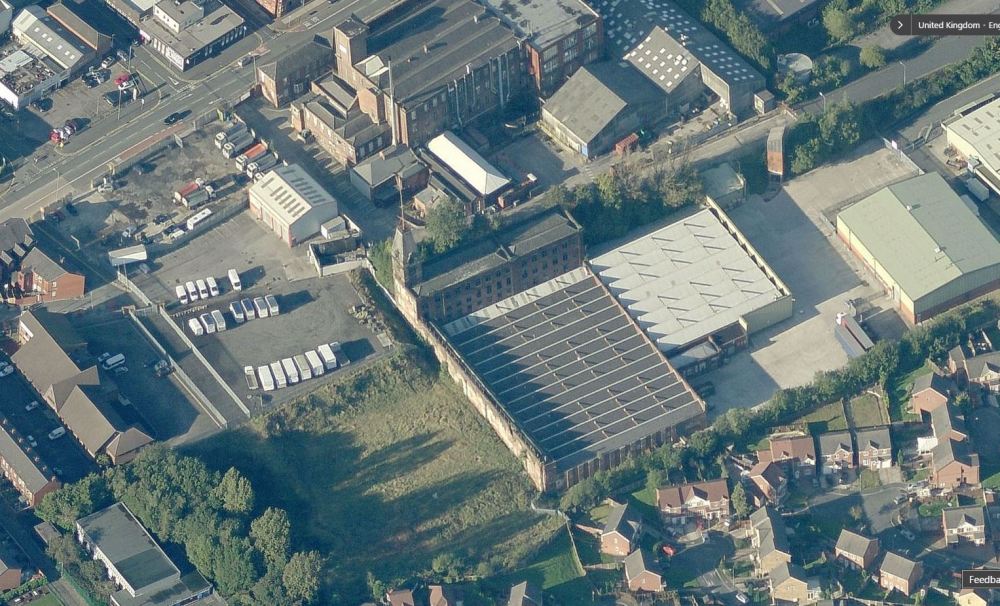 A screen grab from Bing Maps. Much of the site was cleared in 1982, not long after closure. New housing has been built to the south, but the site of 4 shed has just been left as wasteland, other than an area used by the van hire company.

The mills were built between 1862 and 1867, and extended in 1872, by Tootal Broadhurst and Lee. This company ran the mill until 1964 when they were acquired by English Sewing Cotton Co. Ltd. At the time, the mill employed 1200 people, a considerable number for any mill at that time.

The mill was one of Bolton’s largest and was a rare example of a vertically integrated mill – having spinning, weaving and dyeing on site, as well as a foundry that was used to manufacture their own looms. It switched to electric power quite early in 1910 and saw investment in research and modern equipment which saw it last until 1980, some 20 years after the huge rationalisation of the cotton industry which saw the majority of Bolton’s remaining mills close. The site

A great engraving, in the typically exaggerated Victorian style, can be found here. 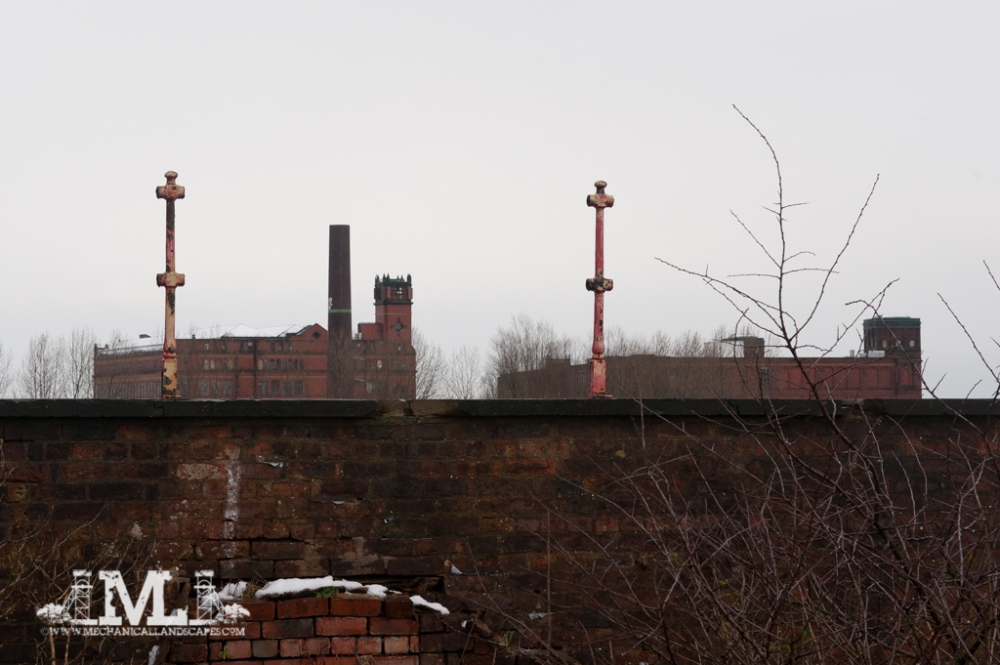 Some very nice wrought ironwork. It would be nice if this was removed and preserved before the tower comes down.