Like my previous visit, the quarry was shrouded in mist, only this time it didn’t clear. This trip though I was determined to reach the Australia level as well as see a few other bits and bats I’d not seen before. Not knowing the ‘easier’ way, I simply went straight up the fearsome C3 incline again, but rather than explore the intermediate galleries, I made my way to the halfway gallery for a rest and a mooch, before the assault on the steep incline. I believe there are some steps in the western side of the quarry which would have taken me there, but although I’ve since been told of their whereabouts, ascending the incline was an excellent substitute for my regular Friday afternoon visit to the gym!

Unlike last time, I brought along two walking poles, a really handy thing to have on a steep climb (although they got in the way a bit when I was taking pictures), and with their help, plus an improved level of fitness over my 2009 visit, I reached the top of the two inclines. Worryingly, the wind was picking up, and the rain starting to come down quite hard – another lesson learned from last time was to pack waterproofs although proper walking gear is essential if visiting the quarry anyway.

Not much had changed from my visit three years ago, other than one of the rubbish wagons I photographed last time had now been pushed / blown down a slope (which would have taken some doing). 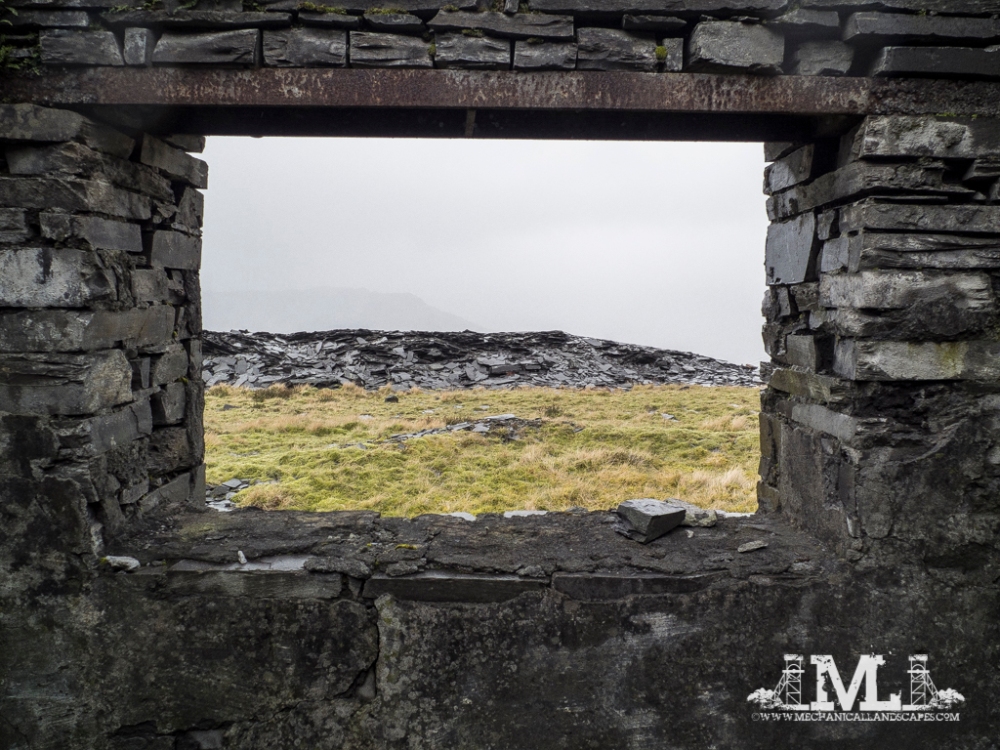 Suitably rested, I made for the really difficult section of the incline!