For the convenience of shift workers arriving and leaving at 6.00a.m., 20.. p..m and 10.00 p.pm. daily, a bus service is operated between Oldham and the Mill, via Lees and Mossley.

Employees wishing to avail themselves of this service may obtain from the Time Office particulars of fares charged and the necessary form of authorisation for the deduction of such fares from the wages.

Clinging to a hillside in the village of Greenfield, deep in the Pennine hills above Oldham lies this quiet, forgotten place. Closed suddenly by its owners, ten years ago, to this day (2011) it still sits in its pristine mothballed state, waiting for a time that will probably never arrive when the workers arrive back, switch on the machines and carry on as before with the production of fine papers for the cigarette industry.

I first spotted this on a trawl of Geograph, and contacted Bungle who lived nearby but he reckoned it wasn’t do-able as it was heavily used by the Police for dog training. So it was quietly forgotten about, until a few weeks later Havoc posted a report on the place. Suddenly, the urbex forums were awash with reports of the place, so I had to get in for a look.

The mill is sited at the bottom of a long drive off the main road. Walking along it, we passed the boarded up mill workers sports club, and past the overgrown football pitches. Clearly, this was a major local employer who looked after their employees, like a lot of big companies ers did in years gone by. Access was astonishingly easy, using the familiar ‘walk round the back and through the gaping hole in the fence’ technique.

Once on site, it was time for a bit of stealth. The on site security was a gentleman from the sub-continent sat in a lodge at the main gate, but nonetheless, he was bound to take a wander round from time to time. Thankfully, the terrain was in our favour, with our access point being at the top of a slope, although we walked with a bit of a stoop to the maze of shipping containers near the complex of buildings.

Our entrance point was an unlocked door that had been covered in Greater Manchester Police tape warning their officers not to enter the building, presumably during their regular training exercises. Needless to say, as we weren’t part of the constabulary, we ignored this and entered the building. 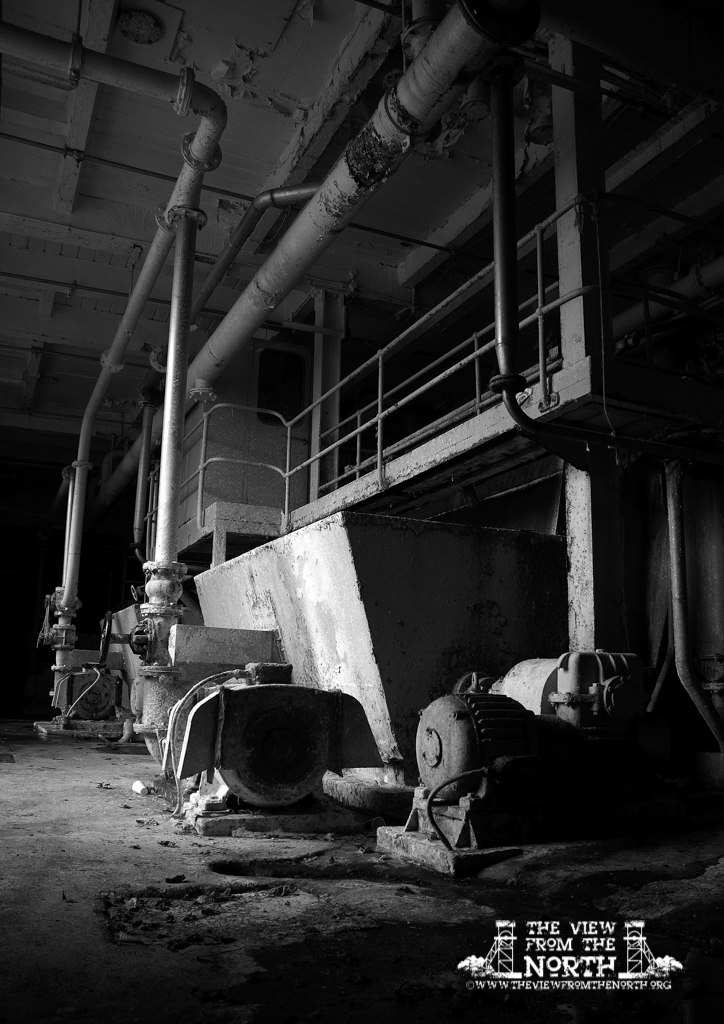 First machine as we entered the mill. Don’t know what it did, but the light was nice

We made our way through the industrial maze, stopping to photograph the Bartrams Beaters, intriguing machines that contained some natty tiled surfaces, but were a putrid light green colour. Bungle was keen to turn them on to see if they still worked, but was dissuaded from doing so for fear of the consequences. If nothing else, getting busted this early in the explore would have been disappointing. And so on to one of the main attractions, the main production hall.

The atmosphere was eerie. The great paper making machines were a mass of pipes and rollers. The insectocutor buzzed away, merrily zapping flies. Production records were still on pedestals by the control panels. Paper was still on the machines. And yet everything was still.

Still some pressure in the system? 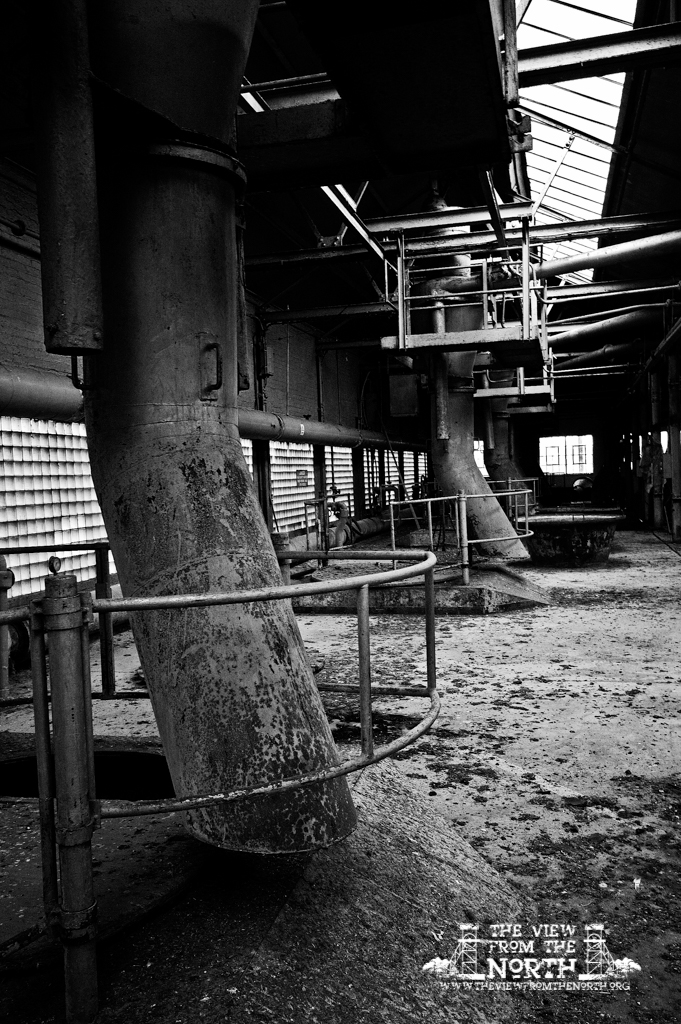 In common with a lot of older industrial complexes, it was a right bloody maze inside. However, unlike most places, Fletchers was completely intact, with everything left exactly as it was. It felt like we were wandering round a place where everyone had gone home on the Friday and would be back again to re-start production on Monday.