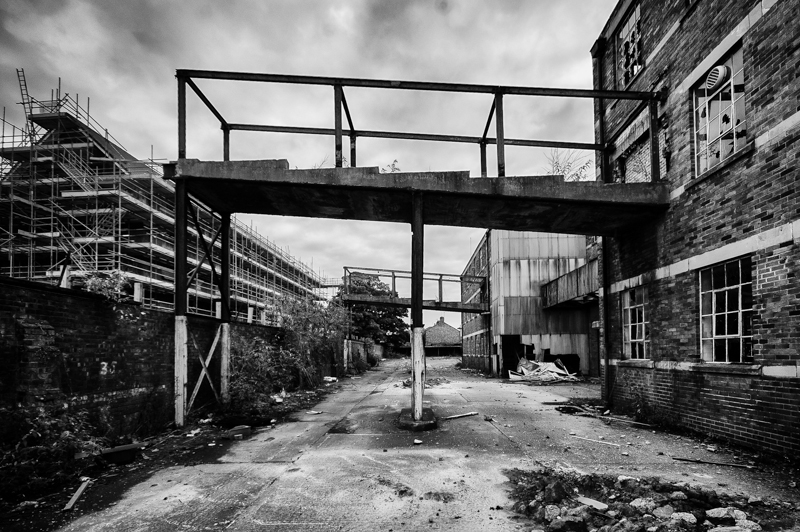 I’ve posted before about the once-vast Leyland Motors works in Leyland. Its buildings sprawled for several miles from Lostock Hall right the way down into Leyland town centre, employing thousands of workers and manufacturing lorries for the home market and for export all over the world.
Following privatisation it was bought by DAF who went bankrupt in the early 90’s, and the company was rescued by a management buy out and survive to this day under the ownership of Paccar. Manufacturing was consolidated into just one building, the large modern Leyland Assembly Plant, one of the most advanced vehicle factories in the world.
The rest of the vast site was sold off with much of it now demolished and replaced with a retail park and housing. The Prestolite plant was one of the last remaining buildings at the south of the site, and closed down in 2005. It has since been demolished and houses are being built on the site.
As a nod to this changing face of Leyland, from an industrial powerhouse to a housing estate, I composed this image with the new residential construction ongoing on the left, and the conveyor bridge forming a (rather clumsy) physical and metaphorical link to the old industrial building on the right. It’s possibly not the strongest picture I’ve taken from an interest or composition perspective, but I like the symbolism. 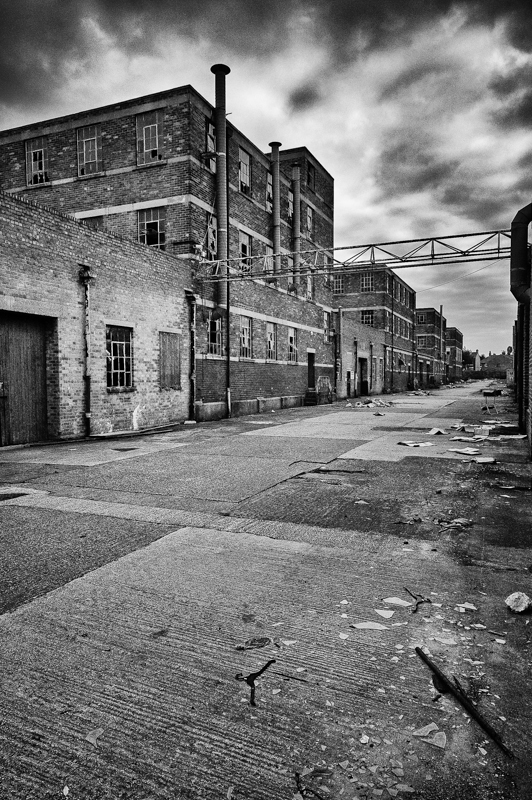