East Lancashire is a pretty grim place, and I’m saying that from the bitter experience as I used to live and work there. Most of the large private employers have moved out, and with the current swingeing public sector cuts, it ain’t getting any better. If it wasn’t for the aerospace sector, there would be very few high value adding jobs in the area. Other than the pleasant Ribble Valley, I’m struggling to think of a reason to visit East Lancashire, especially all my friends have moved away also.

So why have I explored this place twice?

There’s something about it that I find intriguing. From an aesthetic perspective, I’ve found it easy to photograph, with opportunities everywhere I looked. But the place, the entire site had something that grabbed my attention and held it like few other places. Which is odd, as there’s not a great deal there, the power station itself having been demolished in the late 80’s and just the admin block left. This itself is in typical but somehow slightly stylish post war industrial architecture that is often seen on power station buildings. A quick mooch round the site revealed remnants of the old power station – huge iron baseplates where large plant would have sat, and cut off stanchions. There’s something apocalyptic about this place that I like, and I’ll be sorry to see it demolished. For some reason, it reminds me of photos that I’ve seen of the old Beckton Gasworks in London taken during the 1980’s in its part demolished, film set guise for Stanley Kubricks Full Metal Jacket. It might be the unintelligible graffiti, or the bombed out nature of the place, I don’t know.

I’ve actually visited this place three times, first time there was a Police car sat by the main gates, to deter the local scallies who have already trashed the place, second time with a film camera, and third time with digital to do some HDR. The following photos are from the third visit.

Cut off – probably a stanchion that supported the roof. 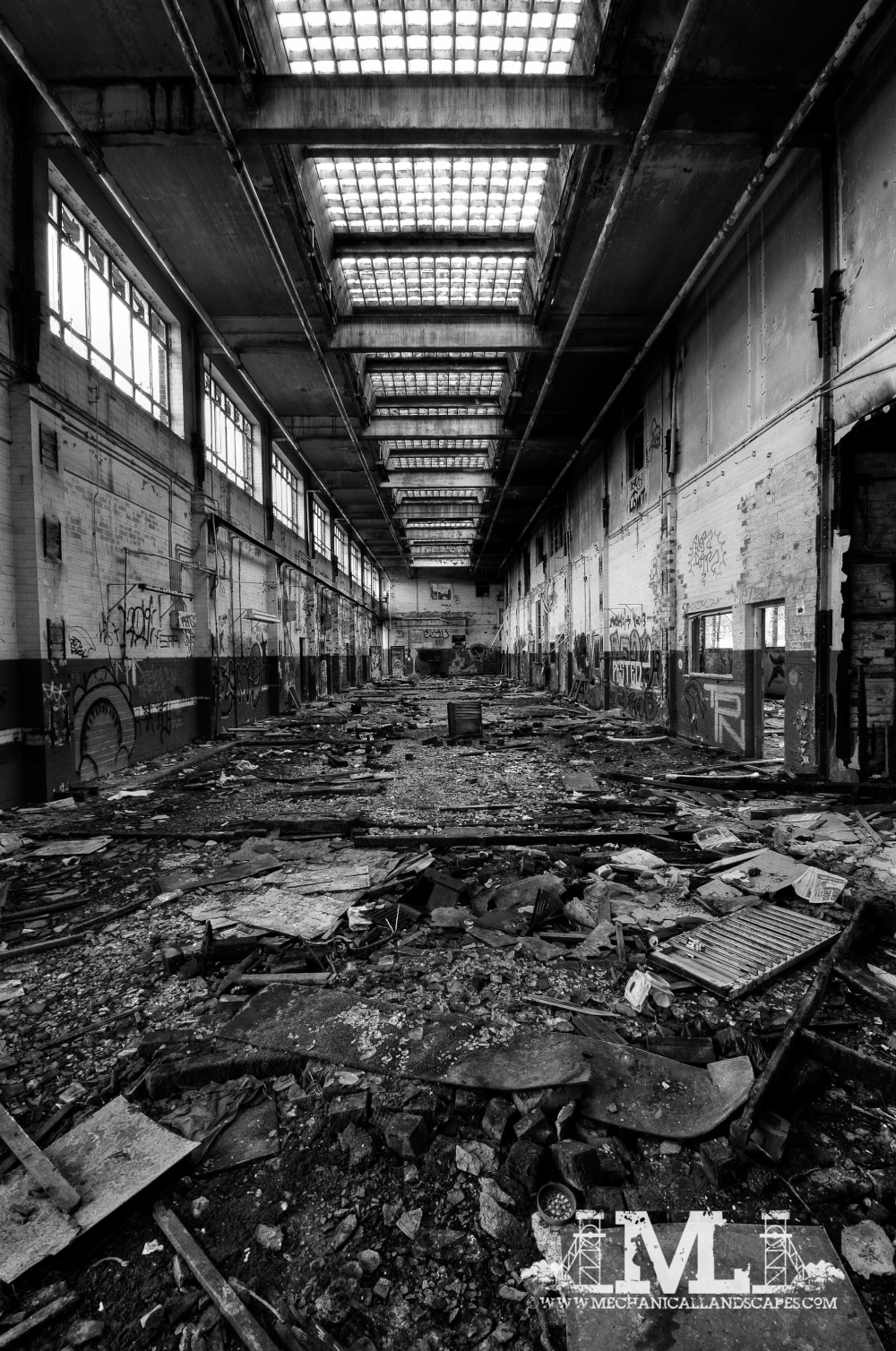 Transformer hall – I really couldn’t care less about graffiti, but some of it in here was quite artistic.

Baseplates – big and iron. Quite surprised the pikeys haven’t removed them.

Doorway to oblivion. I imagine that at some stage, this was a bridge over to the main power station.

That’s actually a door on the floor, but for some reason, this photo has always reminded me of the grotty scaghead bedsits in Trainspotting.

Fenestration. Many windows (and toilets) in this place.

Three windows. One that made my ARPS portfolio. 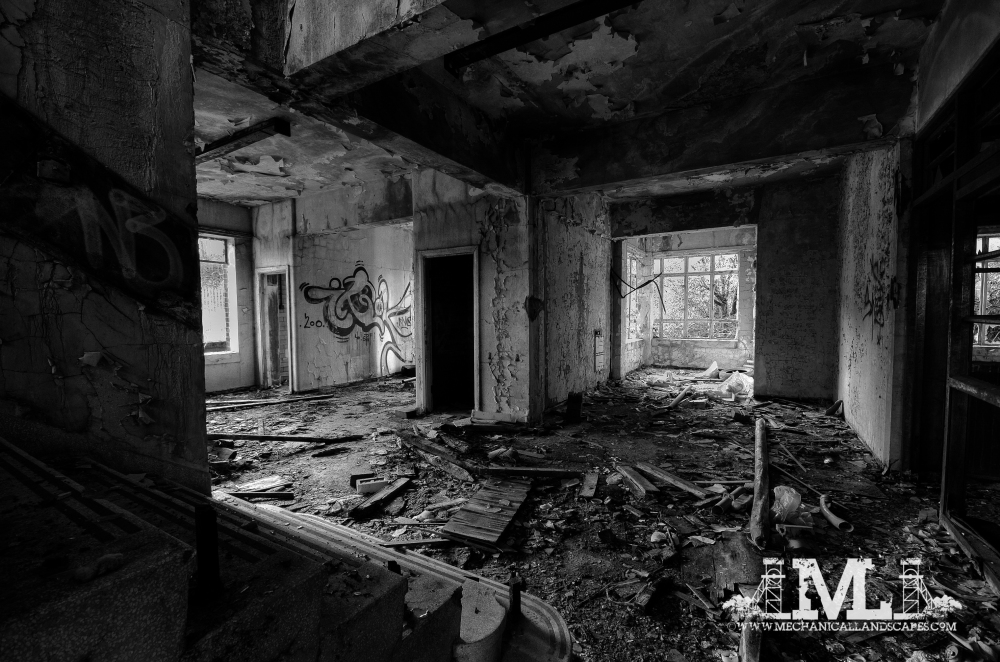 Oblivion. Another one from the ARPS portfolio.