I’d forgotten that I’d taken a few shots on film in Albion Mill, so it as nice to see them appear on my screen ftom the scanner. The mill was another empty Yorkshire mill of no particular significance, and it was knocked down a year or so after I had a look. A shame – it seemed structurally sound and in a decent enough area, so I was really surprised that it wasn’t converted into apartments or something. As it was the site was left empty for years and has only recently been built on.

Some of these are unique in that I only took them on film, others are duplicates or similar to the digital ones that you can see here. 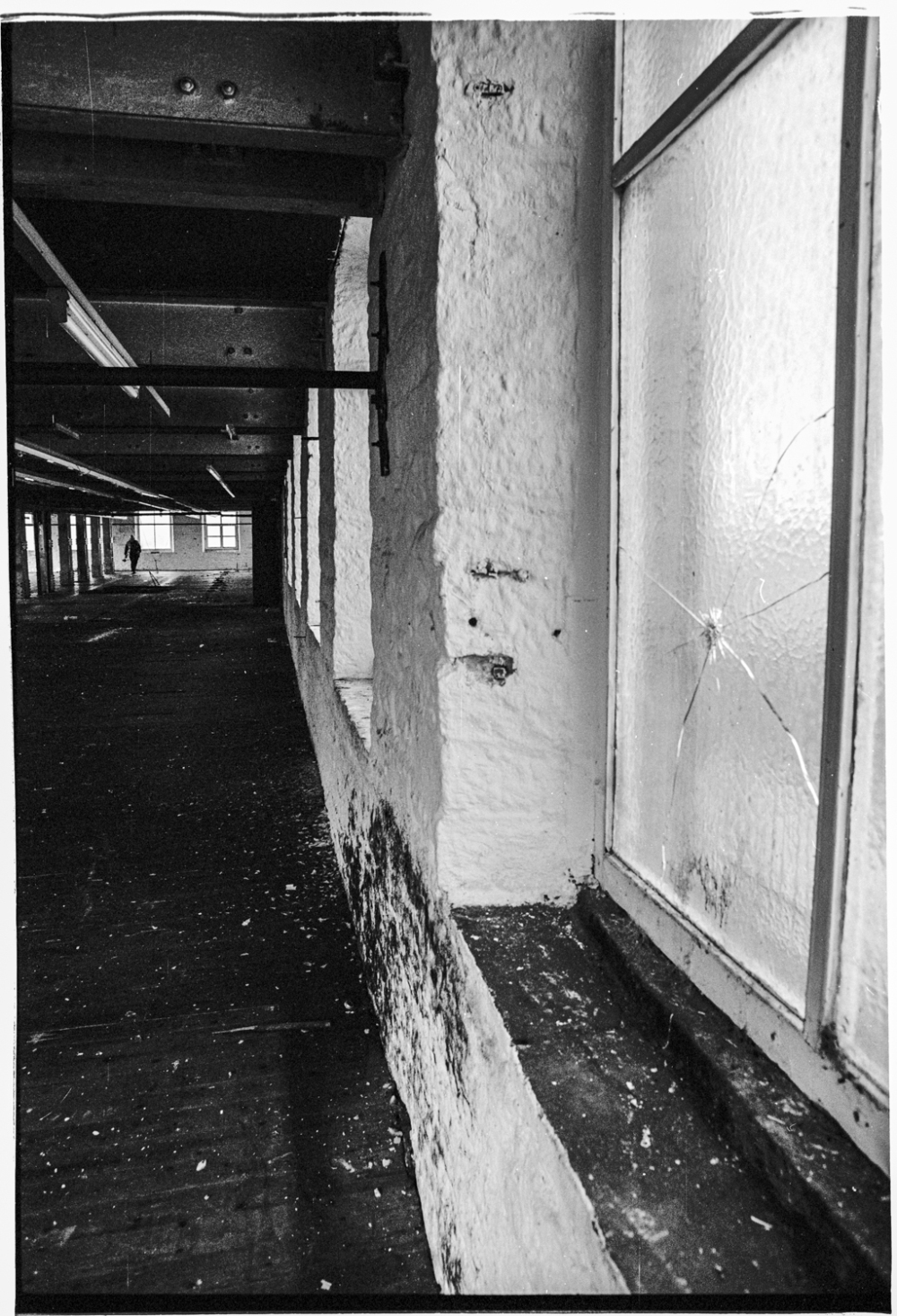 Nice thick stone walls! And that’s my mate Alan (aka Bungle) at the other end of the building.