OK, so it’s been a while since I posted on this, but I’ve been very busy with other stuff, so let’s pick it up again.

I’d previously visited the museum and measured the gallery space.

What I always do when laying out any portfolio, book or exhibition, is to get a load of small prints and spread them out on the floor. I can then see the visual relationships between not only adjacent images, but also as a whole. One wall is a clear flat wall and this is where I displayed the 20 images in the ‘original’ frames. The other wall is interrupted by two pillars, however this does allow for natural breaks and was thus the logical place to have a mix of larger and smaller images. 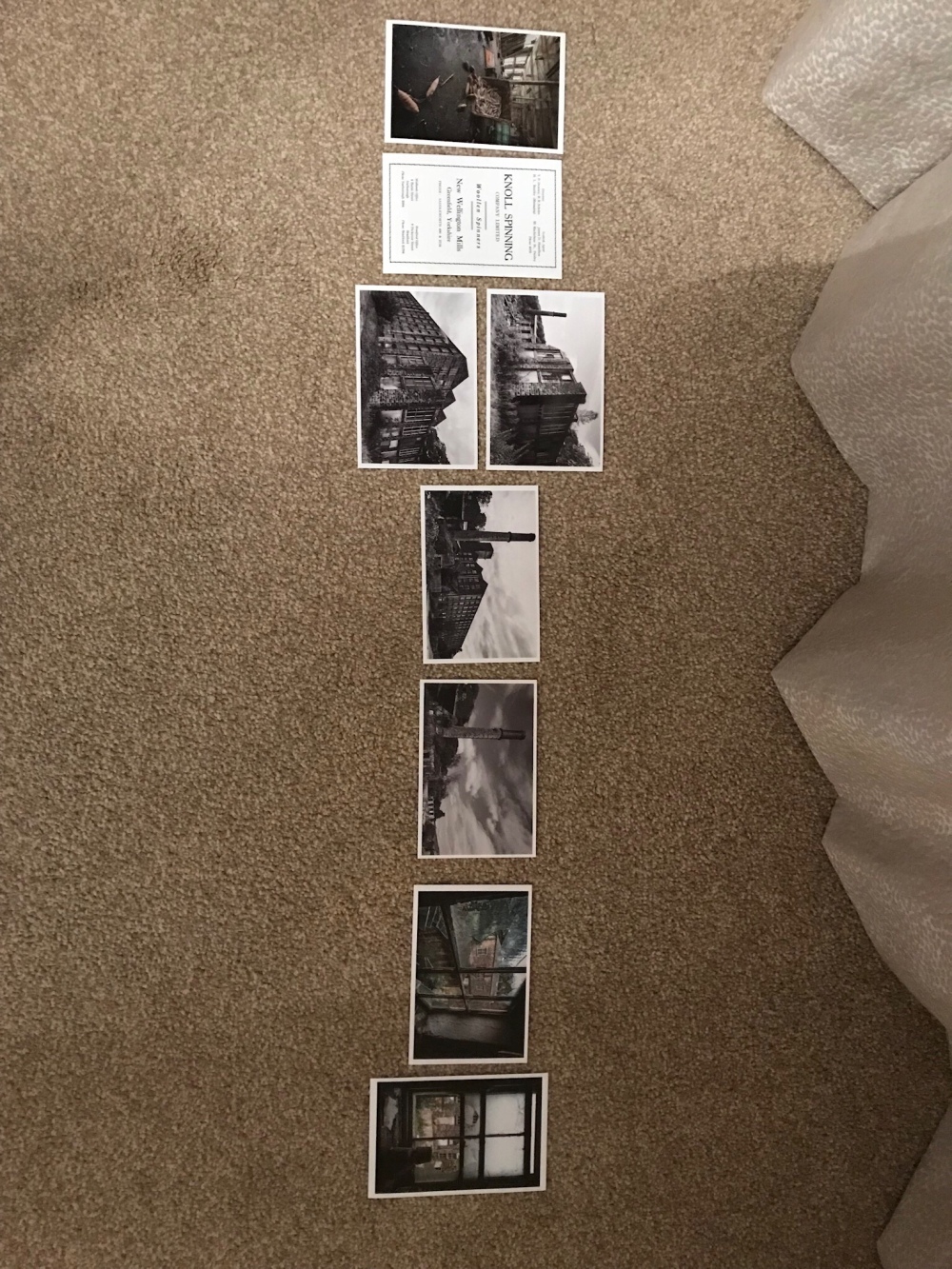 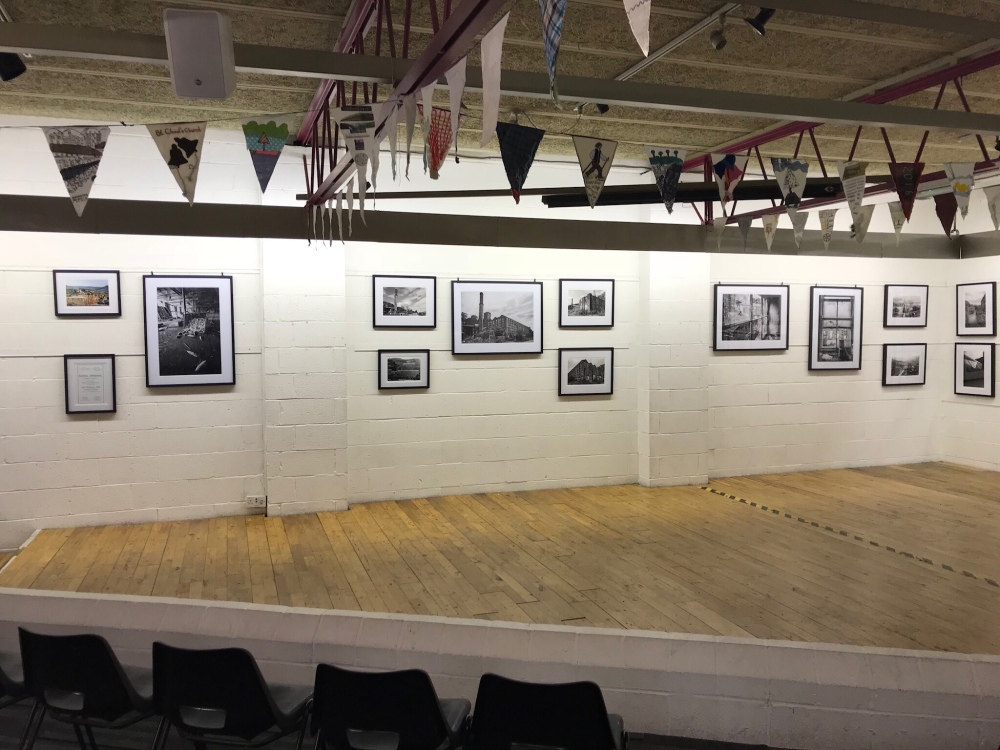 For the main wall, I had a consistent set of frame sizes on a clean wall so I had more leeway. I always strive for a balanced layout, and to do so requires a lot of shuffling around, which is why it’s easier to do it on 6×4’s. With other exhibitions it’s been easier as I’ve had more options in terms of alternative images, whereas I had no alternatives here. This left me with some headaches as I felt some images didn’t really compliment those round them. I could of course have left some images out, but I felt compelled to use the space and frames I had. However I ended up with something I was reasonably happy with. 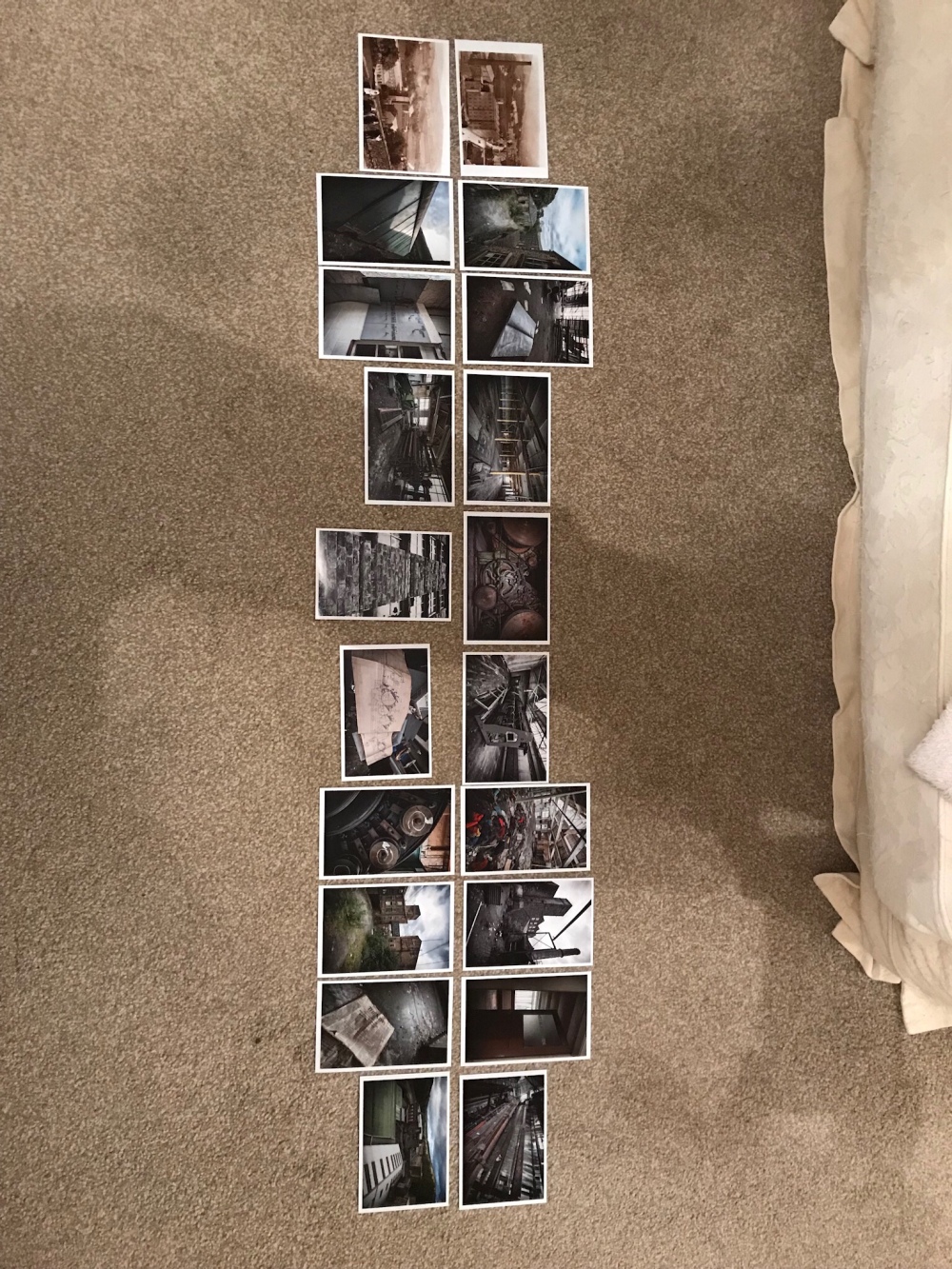 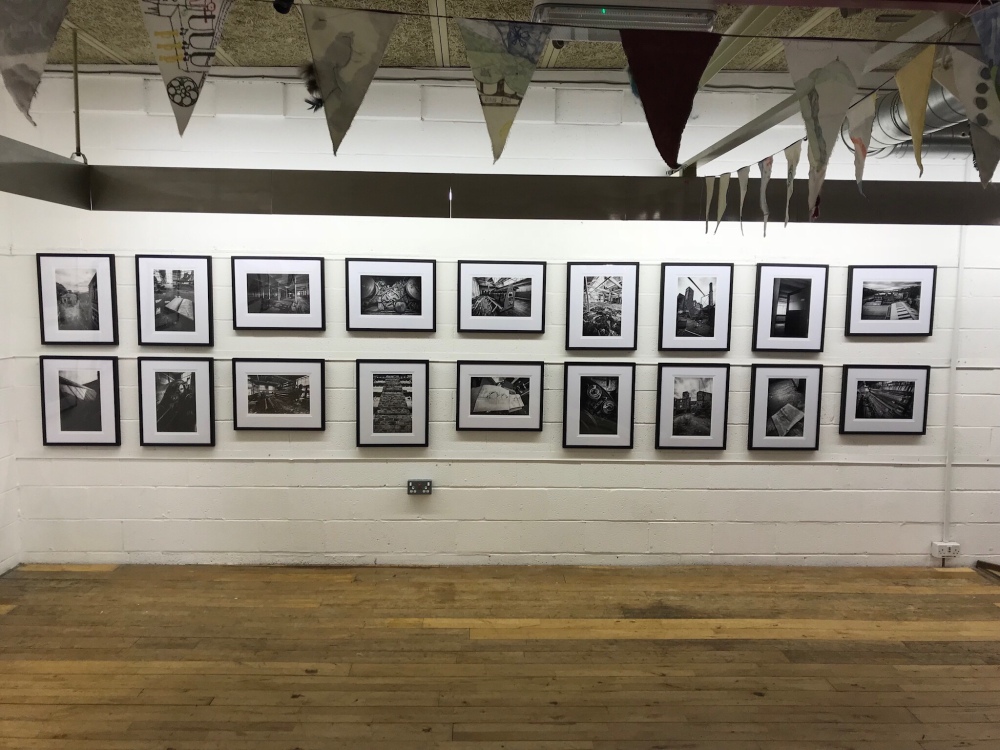 But once I arrived at the venue, I shuffled things around a bit. The initial layout is only ever a guide and once in the room, having slept on it, I ended up with a slightly different layout.

The poster was designed by myself and my sister who is a professional graphic designer. It’s actually based on the one we designed for my first exhibition, and I’ve evolved it ever since, with Jill polishing my amateurish attempts at modifying it. 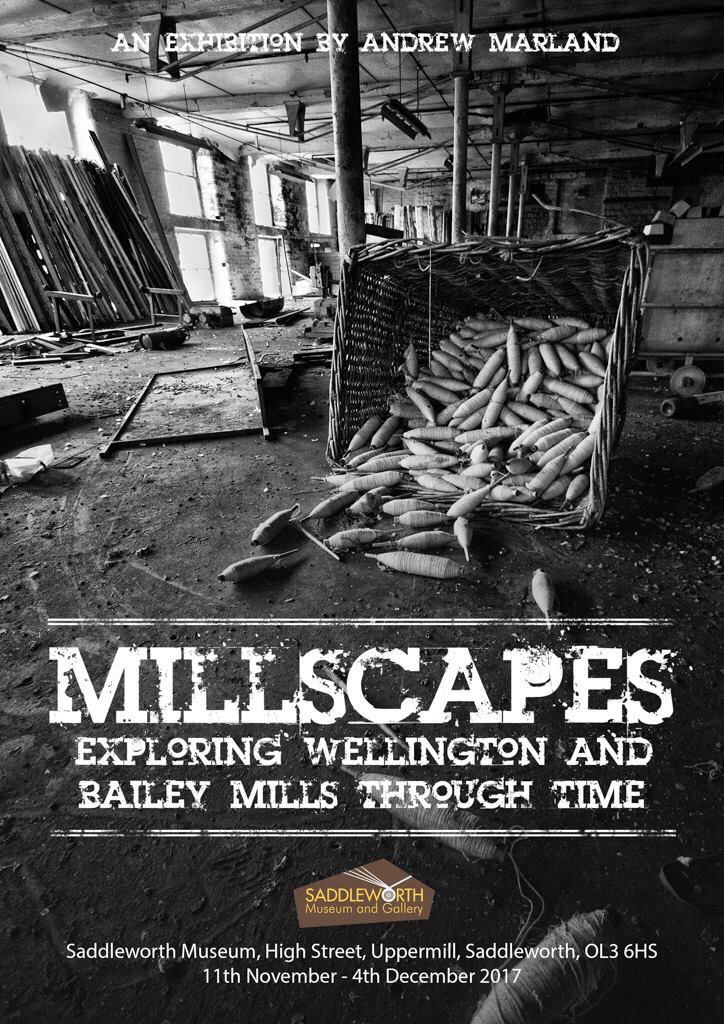 I use the poster primarily digitally. I post this on the following places where I have accounts:

Finally, I printed out two A3 posters for the museum and a number of A4’s that I then hand delivered to libraries in the Saddleworth area and asked them to put on their noticeboards.