I rarely return to places I’ve explored, primarily because they tend to be demolished, regenerated or burnt down in the time that follows my visit. I made an exception this week to revisit Grove Rake Mine on the windswept wastes of County Durham, a place I previously explored in November 2008. The place was as bleak as it has been 8 years ago, with the car temperature gauge indicating 1.5C and a howling wind blowing across the treeless moorland.

The mine had re-appeared on my radar when I noticed a lot of hits to the Grove Rake pages on my website. A spike in interest usually denotes some kind of incident or event in the news, and a quick Google showed that the headframe has been threatened with demolition, so as I’d finished early for Christmas it seemed an opportune time to visit.

The site had been cleared since my previous visit, with all the outbuildings and other structures removed, leaving just the headframe and a couple of acres of landscaped soil. My intention had been to photograph the headframe in the landscape, so given that there was nothing else to photograph, there was little option but to focus on that. Meeting up with Cumbrian explorer Jane, we made our way to a ruined farmhouse and worked our way back from there.

I won’t go into the site history here, there’s a write up on The View From the North. 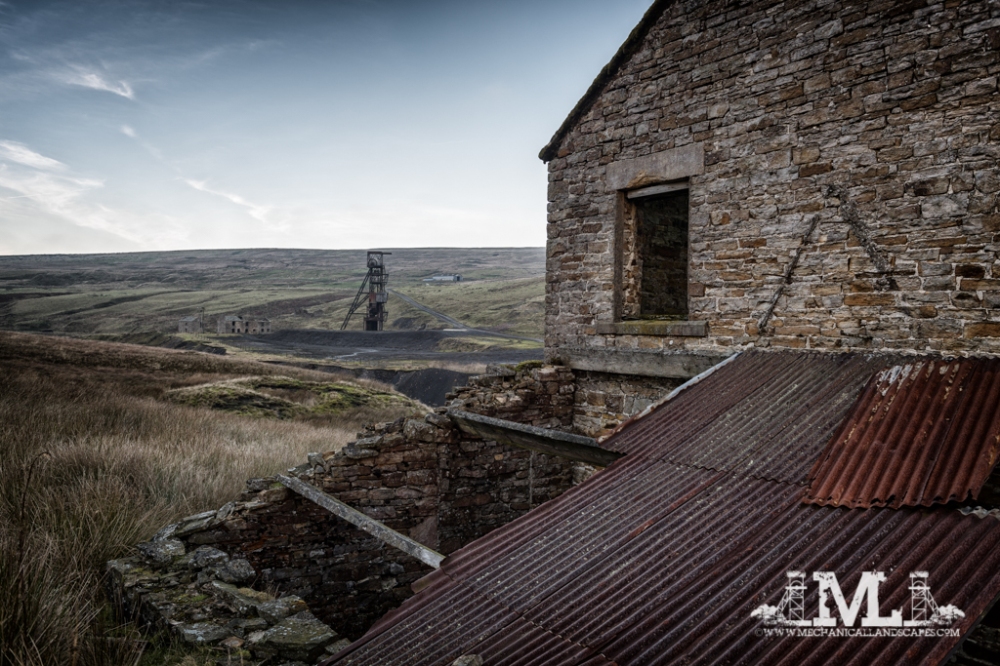 This old farmhouse looked to have been abandoned for many years, and much of it’s roof had gone, no doubt destroyed by a combination of age and weather.

The site appears to have been levelled at some point by building up the land near this little stream. I presume it was mining waste from the many other mines in the area.

Caterpillar tracks? If you look back to 2001 in Google Earth, it shows an area at the end of this road that looks like it was used for storage of equipment. We didn’t walk that far, but it may have been used by the demolition team to dump the rubble or store their own gear. 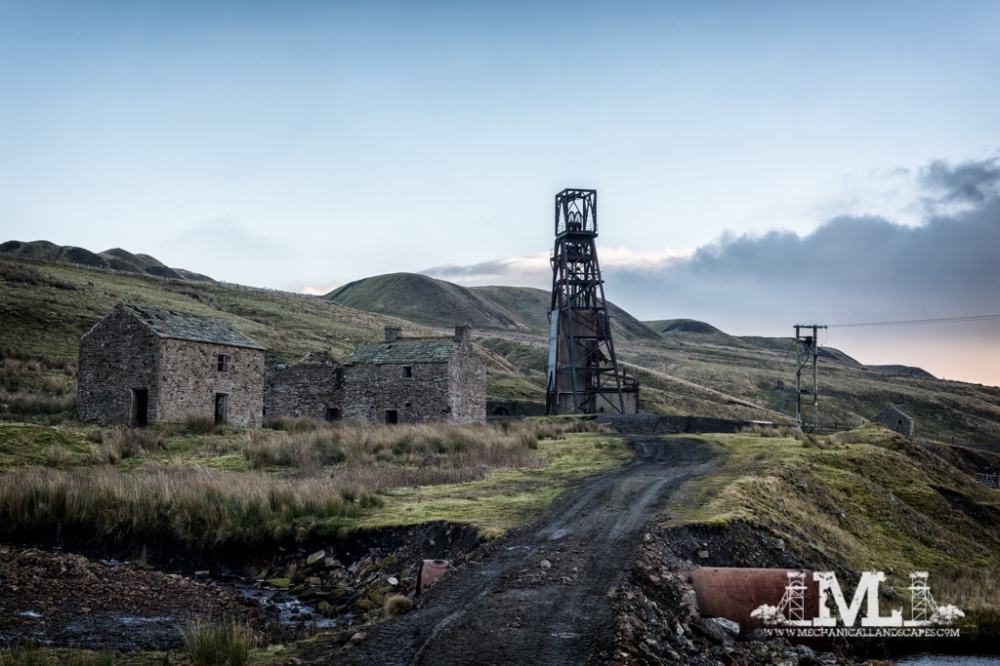