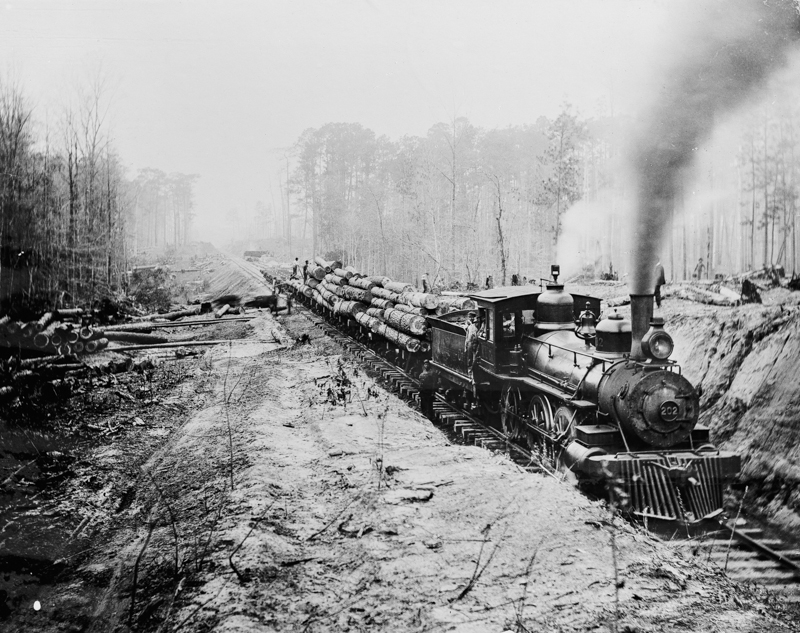 Although huge swathes of Britain were once forested, much of this was cleared in mediaeval times and before for use as fuel and construction materials (for buildings and ships). So by the time the steam railway came along, there wasn’t much left and there was no requirement for railway haulage out of the forests.

As forested areas tended to be hilly, specialised geared locomotives such as the Shay type were developed,  however conventional 4-6-0 types were also used for flatter areas. Additionally, there were a number of railway companies that were dedicated to hauling lumber, either to railheads or to mills.

A good introduction to the subject can be found here http://www.american-rails.com/logging-railroads.html, and Wikipedia has some good links http://en.m.wikipedia.org/wiki/Forest_railway.

Some interesting videos on YouTube as well, this is a good place to start http://youtu.be/_haZIk4GXzI.