Large river steamers were not unique to America, big Paddle Steamers carried day trippers on British rivers too. Steamers such as the PS Waverley were once a common site on the Clyde, Bristol Channel, and around Britain’s coasts.

And, like America, by the 1960’s, their days of service were coming to an end. Their heyday was without doubt the first half of the century, with many ships being built in the early 1900’s. One of the things I’ve noticed about the American variety was their large size although the larger steamers such as the North Land were built for the Great Lakes which are to all intents and purposes an inland sea. Designed primarily for long trips to or across the Great Lakes, the ships were quite luxuriously appointed as can be seen from the interior of one of the few remaining steamers SS Keewatin, which was actually built in Scotland. 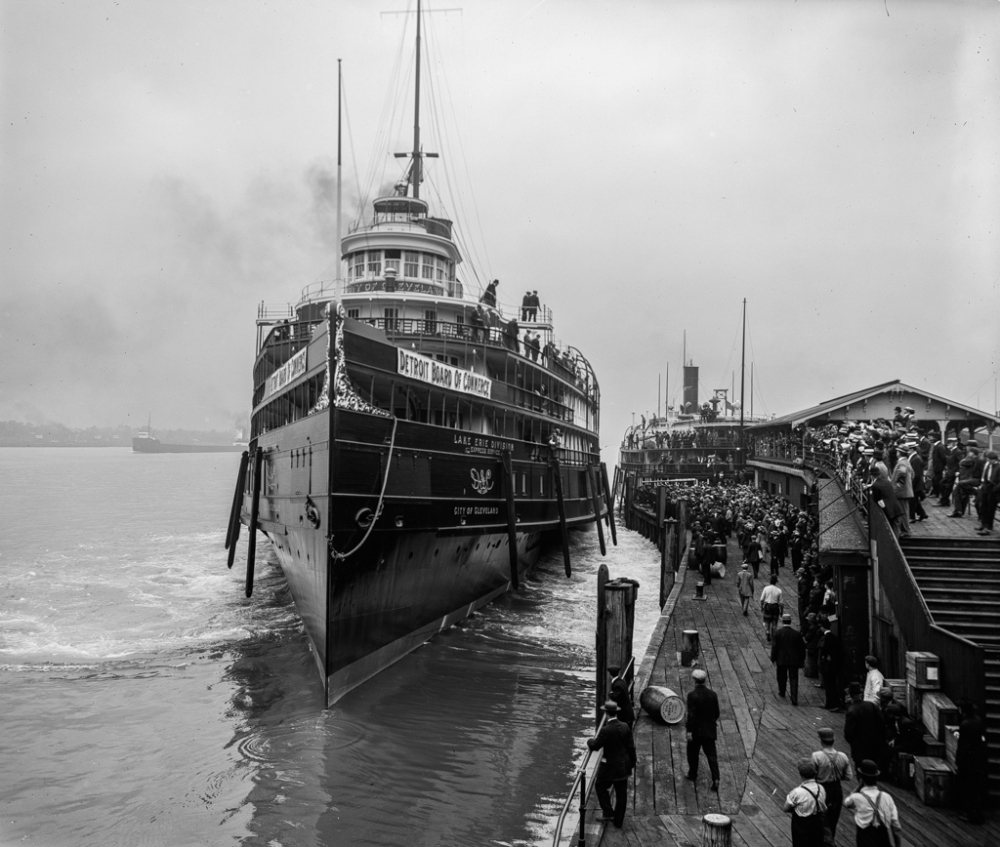 Board of Commerce excursion, City of Cleveland, Detroit, Mich 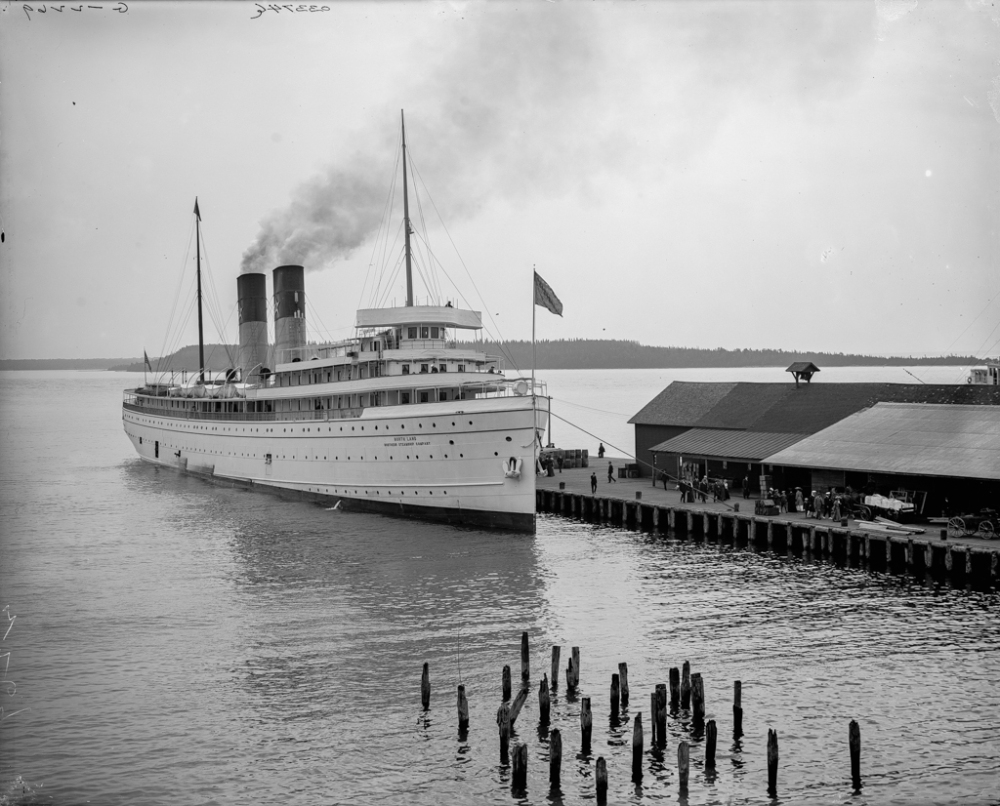 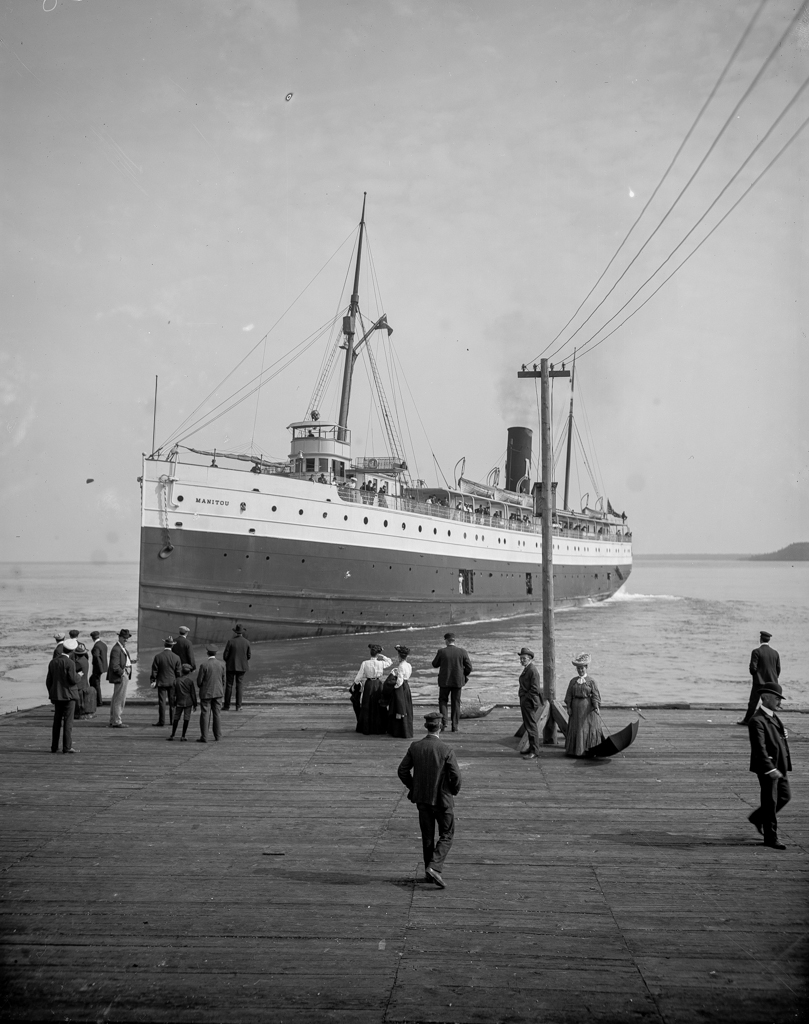