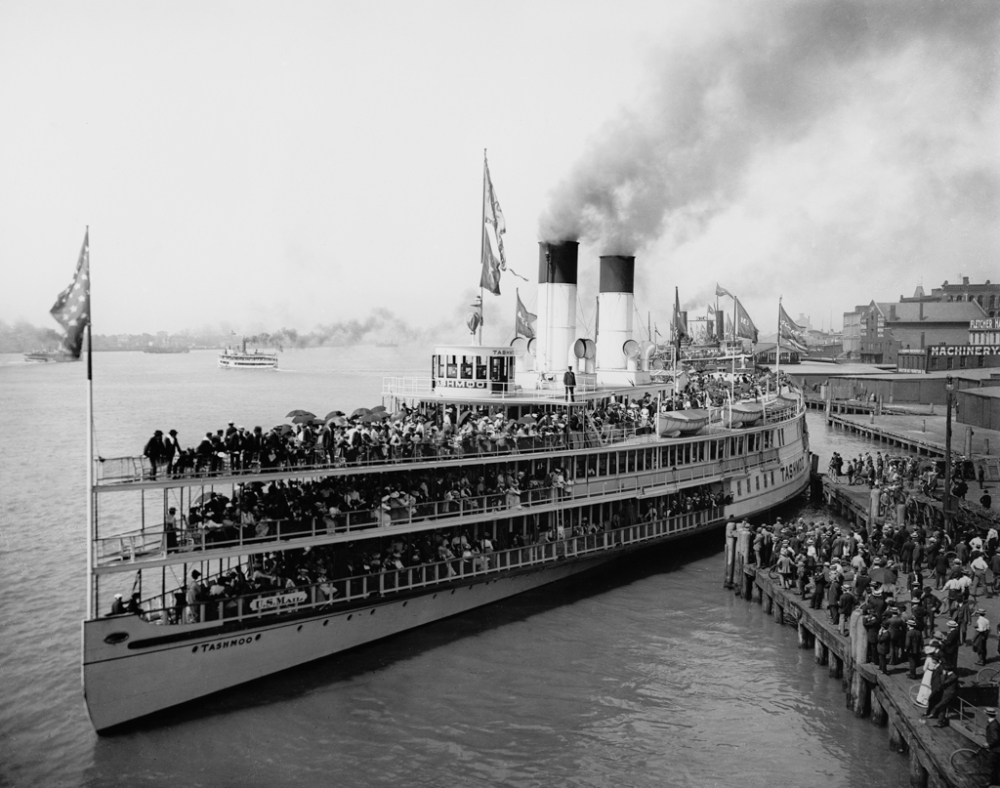 If you’re slightly familiar with some of my blog posts from this year, you’ll have seen a number featuring the Lake Lucerne paddle steamers in Switzerland. So it felt like a good idea to look at what the Library of Congress archive held when it came to paddle steamers. Answer – hundreds. This is just one of them, the Tashmoo.

It is the large stern wheel paddle steamers that are most synonymous with the likes of the Mississippi River, and given the abundance of large rivers and lakes in America, it is no surprise to see the variety of steam boats that were operated. Of equal interest are the huge east coast steam ships that operated until the 1960’s and were photographed by well known photographer David Plowden during that era.

It’s pleasant, nicely composed scene that tells a story of the era – parasols for the ladies, straw boaters for the gentlemen, all ready for a pleasant summers day out away from the city. Like most things American, Tashmoo was big, and designed to carry a lot of people – there are 4 passenger decks above the waterline, but given the width of paddle steamers, it doesn’t appear to be top heavy.

When looking at the photographs up close, it is interesting to note that there is definitely less definition to the detail on the ship. I suspect that this is because it was moving, and the shutter speed wasn’t quite fast enough to freeze the detail with the clarity that is visible of the static subjects on the dock. This of course is extreme pixel peeping – viewing at 100% was an unknown concept  when these pictures were taken as they were for postcards, and thus several times smaller than the negative they were printed from. 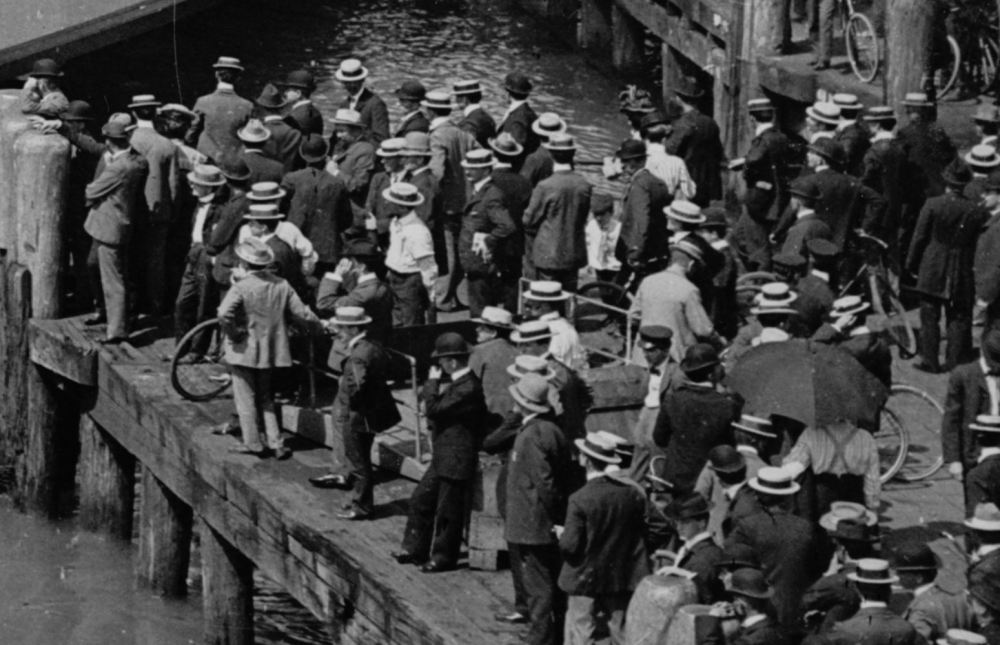