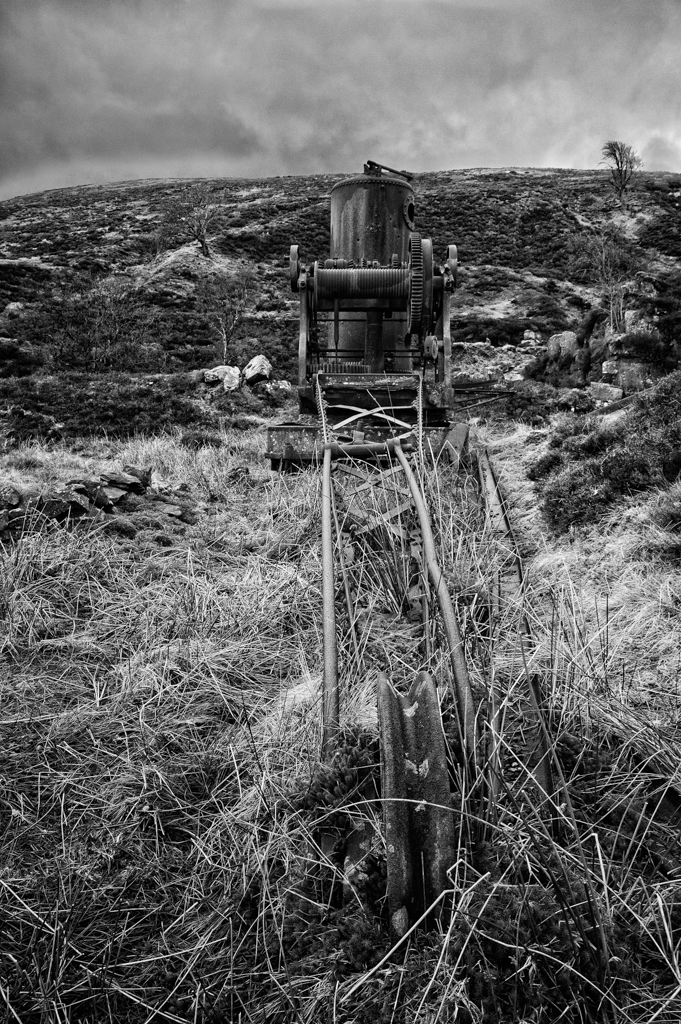 Maybe it was because I visited the quarry with someone (I seem to produce better images alone, although the venerable Tarboat was excellent company) or whether the location itself was a challenge, but I didn’t come away with many images that really inspired me. I felt they made a good record of the place but there was nothing really I could point to as obvious standouts. Maybe a re-visit in better light would help, although it’s a bit of a bugger to get to.

This is one of the very few that I thought merited a reworking. As I implied earlier, the light was poor for photography, just flat, featureless overcast, not aided by the fact we were in a bowl shaped quarry.

I’ll admit that to call this a ‘reworked image’ is a leap of faith as I’ve not really done any work on it previously. I’m also not convinced this is the best I can do here. The crane maybe needs more emphasis to lift it from the background, as tonally I think it all gets a bit muddied. I think half the challenge of monochrome work is having an idea in your head as to what you want the image to look like before you start, and then realising that vision in the darkroom, chemical or digital. After all, if you don’t know where you want to go, how will you know how to get there, or when you’re there? And half the problem with this was I really wasn’t sure what I was after. But, all that being said, the process of getting me to where I am now has helped give me some thought as to how it might be improved if I do another version.