OK, final bunch of snaps from the Duke Of Lancaster for the meantime. There is a public footpath that runs along the west side of the dock where the ship is moored. Between the path and the ship is a bramble hedge and a fence with razor wire on top, but I wasn’t interested in getting any closer – as I said before, ships are big things that get difficult to photograph close up. Walking along this side allowed me to take some photos that weren’t the traditional front three-quarter views, and in so doing allowed me a closer look at the condition of the ship. 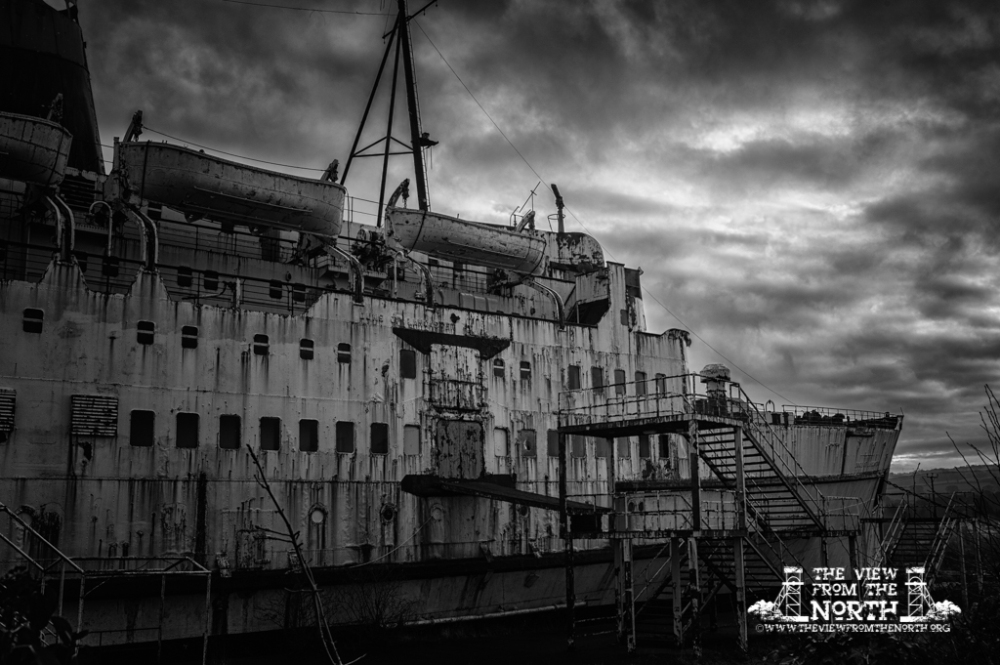 As I walked back up the path to return to my car, the weak wintry sun managed to briefly break through the grey overcast that hung over the hills. It managed to illuminate the dull rusted, white surface of the ship and the moment reminded me of the magnificent cruise ship I’d spent my honeymoon on. Of course, modern cruise ships are huge slab sided behemoths that lack the grace of this handsome old ship, but there is always something romantic about liners, the places they visit and the happy memories they invoke in their passengers. The black and white image doesn’t quite capture the moment as I felt it compared to the colour one, but maybe others will enjoy the pathos of this old ship sitting out its days on the coast, with its back to the sea and looking at the sun. 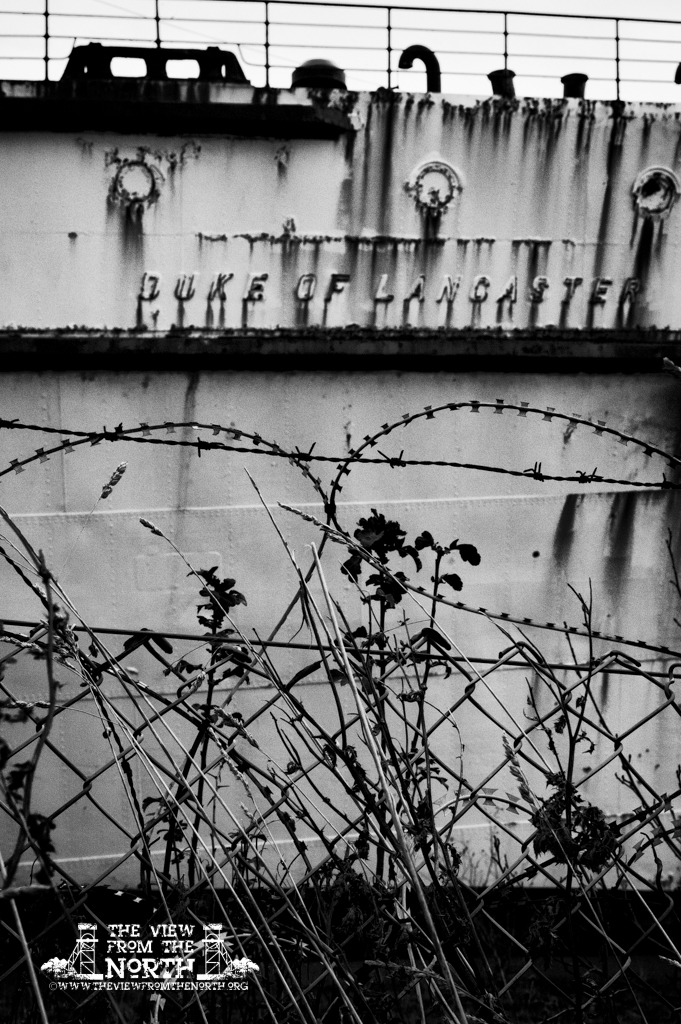 Last one for now. I think this kind of epitomises all there is to say really.