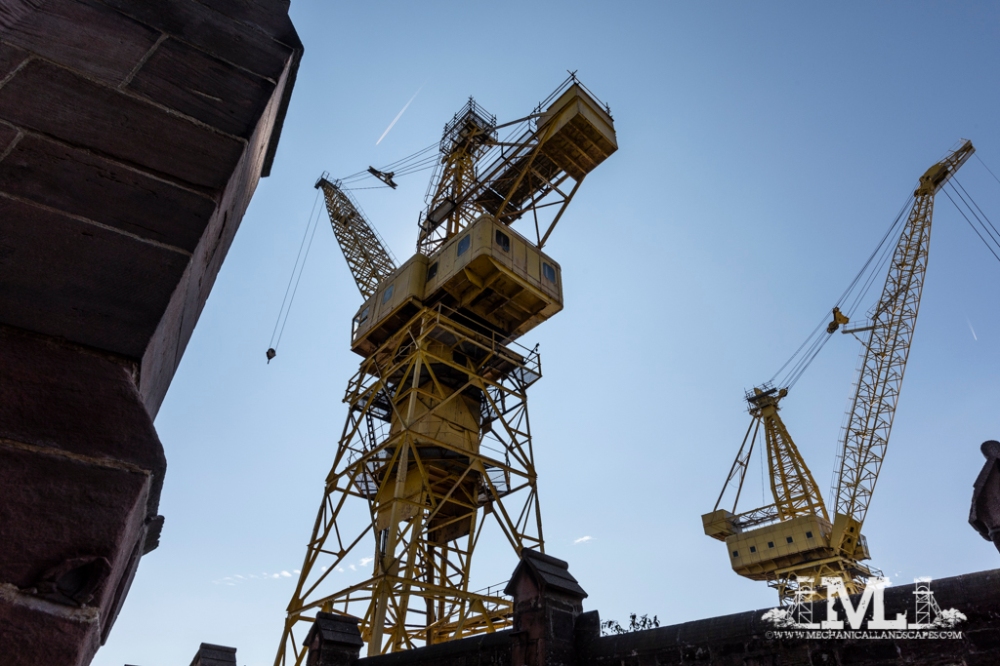 Is there anything more symbolic of shipbuilding than the cranes? In years past, these giant structures towered over the yards and the surrounding landscape like the chimneys of the textile towns. For miles, these huge cranes lined the banks of the Tyne and the Clyde, helping construct thousands of ships. While the Mersey is an equally great river, Cammell Laird was the only notable shipbuilder but old photographs show a yard similarly adorned with cranes, E.O. Hoppe’s image being a lovely one.

There are only two big rail mounted cranes still in use, with three disused ones being demolished by explosives in 2003, having been unused since 1992 when shipbuilding came to an end and the yard focused on ship repair. Since then, shipbuilding has restarted with the prospect of more to come if / when the joint venture with BAE to build Type 31e Frigates commences. In the interim, the company will be doing work on the Type 45 power improvement program, and construction of the Red Kestrel, a new ferry for the Isle of Wight route, is underway.

I noticed the juxtaposition of the crane with the retail park in the background and felt compelled to take this picture. So much of Britain’s industry has been bulldozed and replaced with supermarkets and retail parks that I felt that to have this symbol of heavy engineering dominant in the frame was a counterpoint to the retail ubiquity.