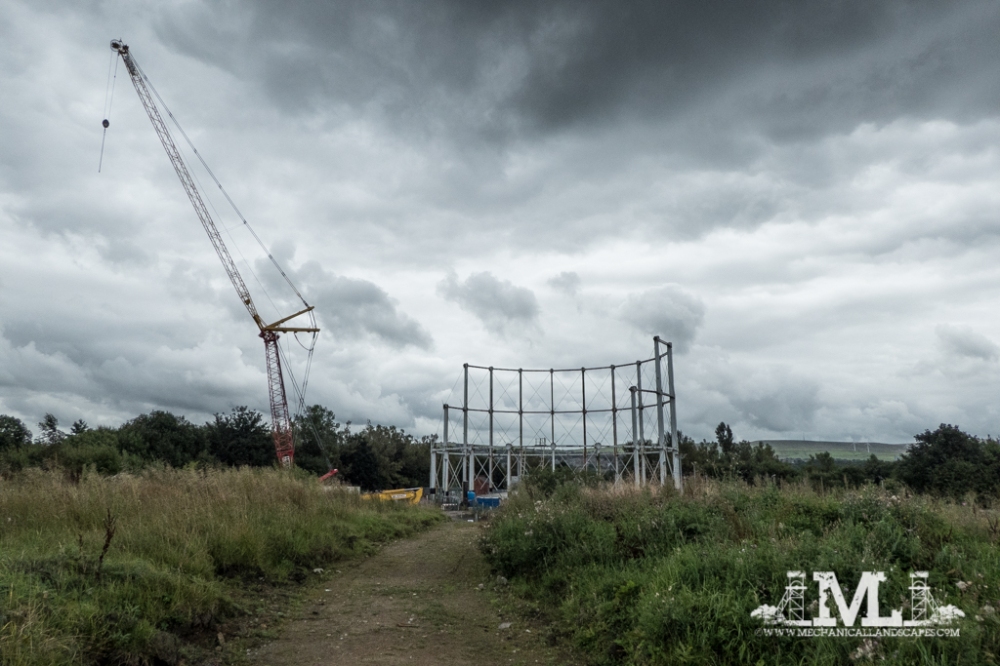 Like a giant toy, the old gas holder at Burnley is being dismantled piece by piece. Unlike the demolition of buildings, gas holders are disassembled piece by piece (a great time lapse can be found here). Although I know that gas holders were slowly disappearing from our landscape (see my earlier post on the Blackburn gas holder) I didn’t realise this one was due to go until I drove past it on Monday whilst taking my family shopping in Colne, and saw the gigantic crane looming next to it.. Naturally, I didn’t have a camera on me, and even if I did, I don’t think my family would have appreciated it if I’d have pulled off the motorway to spend time photographing it!

So, a revisit on Friday found that demolition was well advanced, with around half of the structure gone.

The rising dome can be seen behind the demolition equipment – this will be the last thing to be removed.

The gas works as it was in 1928. The above photos were taken from somewhere near where the buildings were on the left / centre of the old photo. These are obviously long gone, probably demolished when town gas was replaced with natural gas in the 1960’s / 1970’s. The land is now just fields, although I suspect they are heavily contaminated. 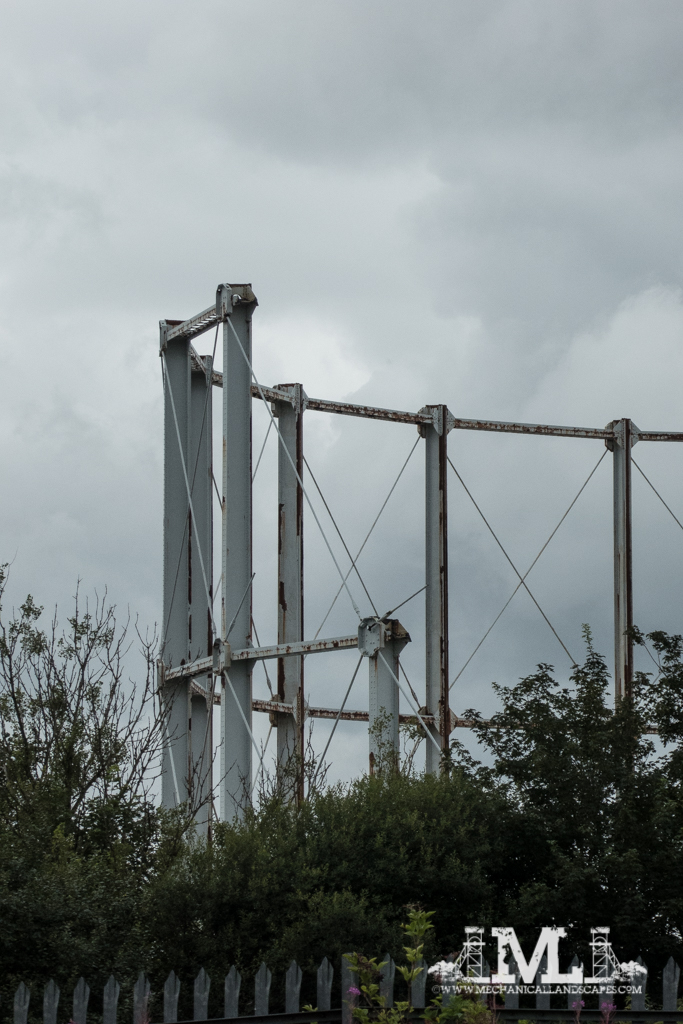 The holder isn’t the easiest thing to photograph as it’s obscured by trees on one side, and it’s some distance from the main entrance. I quite liked this angle of it.

I’ve no particular interest in these structures as such, but their absence from the landscape is becoming noticeable. Some will be saved – the one just up the canal from Burnley at Brierfield is and will be dismantled and relocated as part of the development at Brierfield Mill, and English Heritage announced earlier this year that the famous gasholder that overlooks The Oval cricket ground has also been listed. But for the most part, these utilitarian structures, so familiar as to have become part of the backdrop to our urban landscape, will just fade from site forever.