This gigantic place was the centre of the Pullman Palace Car empire. Quite literally – the Pullman company built an entire town round the works, and called it Pullman.

The town survives today, as does the Pullman brand but very little of the factory does. Google Streetview shows that just the central tower section (and the wing off it at the far side of the picture) along with a small isolated section of the workshops are all that survives. 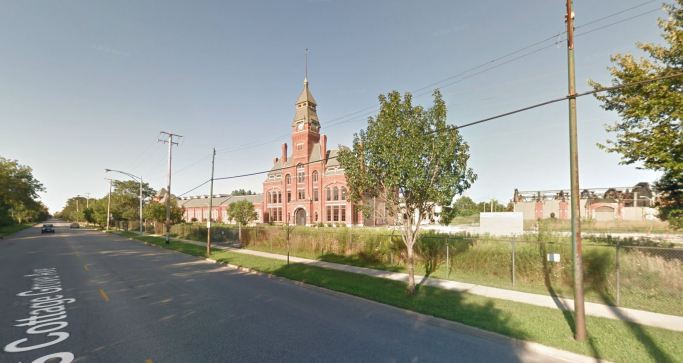 The site was a sprawling affair, and was the subject of extensive rationalization and demolition in the 1950’s as this was one of several plants owned by the organisation. Thankfully the facade survived, although this was gutted by fire in 1998 but despite being rebuilt it lies unused. 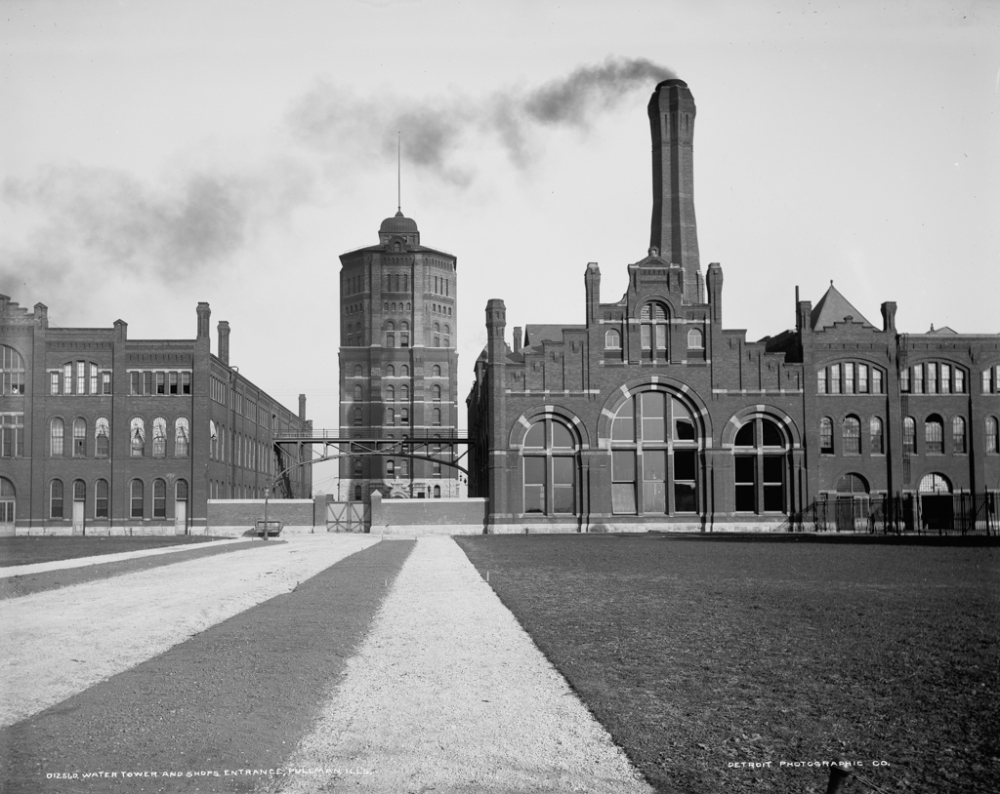 Water tower and chimney – this was demolished in 1957, using the methods of the time, perpetuated by Fred Dibnah

Company towns were not uncommon in the 19th century, but Pullman gained notoriety for its 1894 strike. Faced with a decline in demand for it’s products during an economic depression, the company cut wages and jobs, but didn’t reduce rent paid by the workers on housing in the company town. This prompted a strike and a subsequent boycott by railway workers on handling Pullman cars on the nations railways (Pullman didn’t just build cars, they pwned an operated a fleet of several thousand across the country).

Even in the veritable battlefield of American labour relations, this strike was a severe one, and bloody to. As a railways strike prevented the mail being delivered, President Cleveland ordered it stopped.12000 troops were brought in and violence ensued that resulted in the deaths of 30 strikers.

The strike was broken and work resumed. But a resultant inquiry into the causes of the strike found that Pullmans paternalism in providing the town for his workers partly to blame and in 1898 the Illinois Supreme Court forced the company to divest ownership of the town and it became part of Chicago.