If you’ve seen the classic film Get Carter, then you’ll recall the closing scenes of the film when Jack, against the backdrop of a clanking colliery ropeway on the bleak Durham coast, gets his revenge on the gangster who killed his brother. Watch it here if you’ve not seen it – it’s a tad violent!

I’ve been intrigued by these strange contraptions ever since I first saw the film several years ago, but they’re virtually extinct now in the UK. They’re a bit like a ski-lift but with buckets rather than seats, and once the buckets and cable are gone, all that’s left is a chain of these peculiar pylons. I posted my first ‘Get Carter Landscape’ a few years back, a shot from the Claughton Manor Brickworks Ropeway near Lancaster. That is now the only one left in the country, and has recently resumed working after a break of a few years when the brickworks was mothballed due to a slump in demand for bricks.

Cwm Bychan ropeway has been out of use since the 30’s, but what does remain is in surprisingly good condition. Given that the land is owned by the National Trust (and I read somewhere that the pylons are listed?), I suspect that they may be subject to a little bit of looking after every now and again. 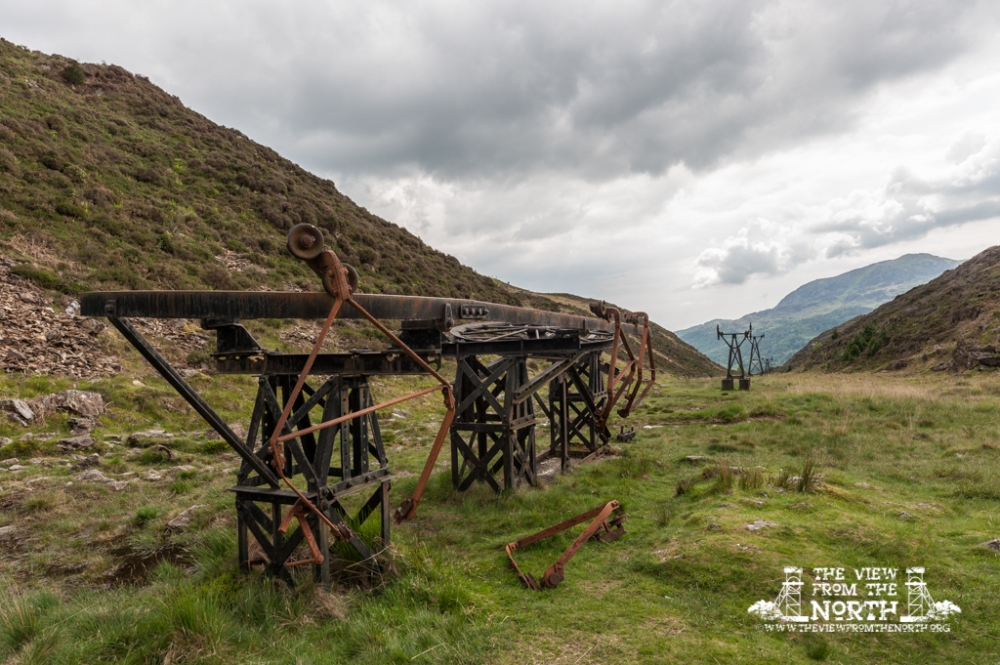 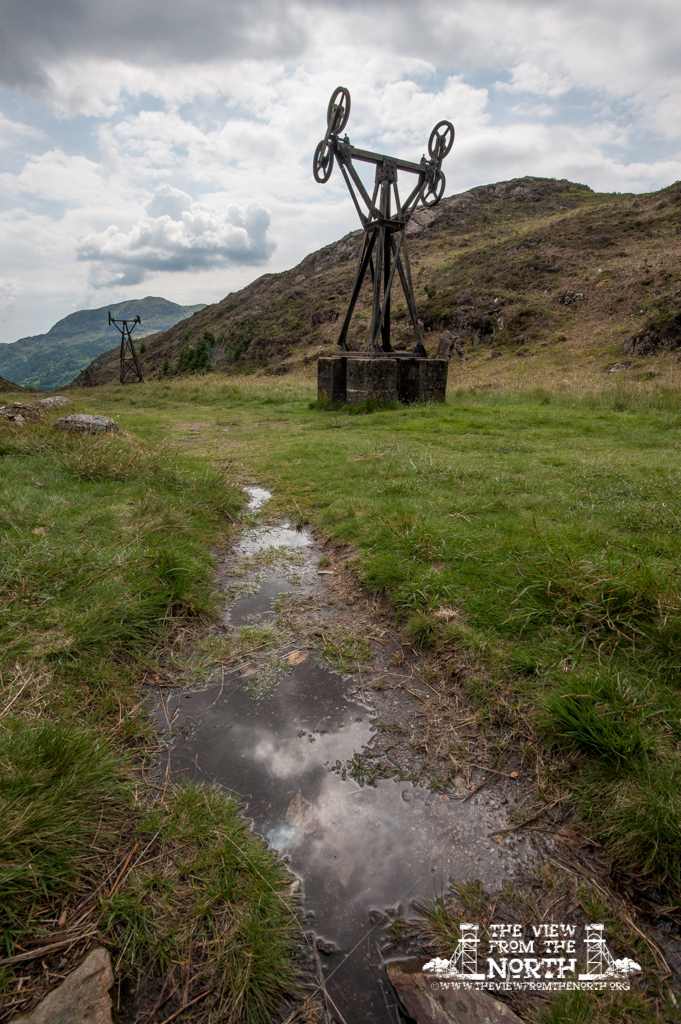