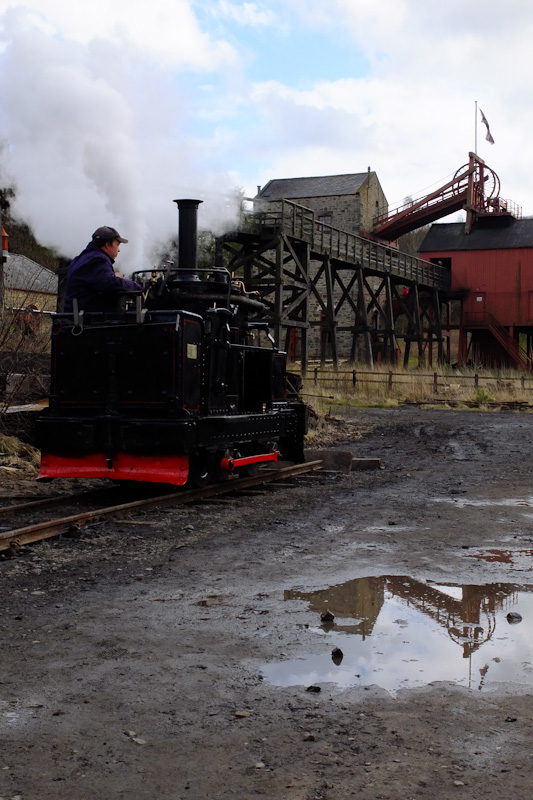 I think this is a de Winton engine, similar to the ones photographed on the Geotopoi blog

The colliery at Beamish is a real one,  well sort of, it’s made up of bits of other collieries that have been rebuilt to form one new one. The steam engine works as well, and the entire setup makes a wonderful backdrop for some railway photography. Unfortunately, none of the larger standard gauge  engines were in steam on the colliery line, although some narrow gauge line had been set up for some visiting narrow gauge vertical boilered engines, known colloquially as ‘coffee pots’. I’d only ever seen photographs of these before, so it was interesting to see just how small they are in real life. 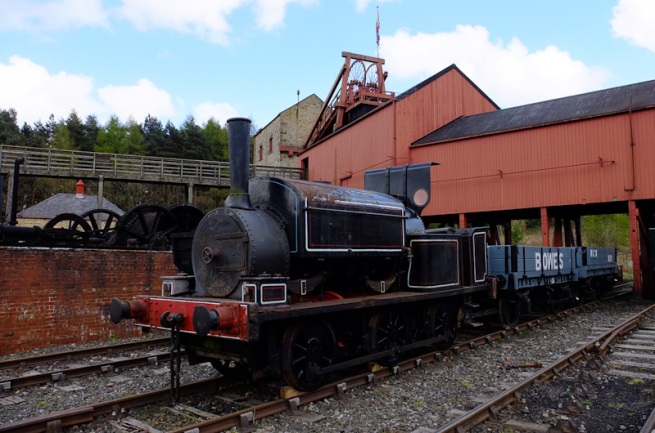 A recent arrival at Beamish is standard gauge 0-6-0 ‘Newcastle’. This was named after Newcastle-under-Lyme in its native Staffordshire, not the nearby Newcastle-on-Tyne. It’s not been steamed since the 80’s but seems to be in reasonably good condition, and is due for restoration at Beamish.

A somehwat larger standard gauge vertical boilered engine. This was as close as I could get and couldn’t speak to anyone about it, so I know nothing about it.