Success in many fields is all about timing, being in the right place at the right time. Take football. There are numerous players who made decent careers out of not doing a great deal effort wise, but had the seemingly uncanny knack of suddenly coming alive once or twice in a game and ending up with 20 goals a season, or making late runs into the box from nowhere and heading in a goal. Sure, what we don’t see is the years of practice in training, and the miles of running, but all this culminates in what we see on the pitch. 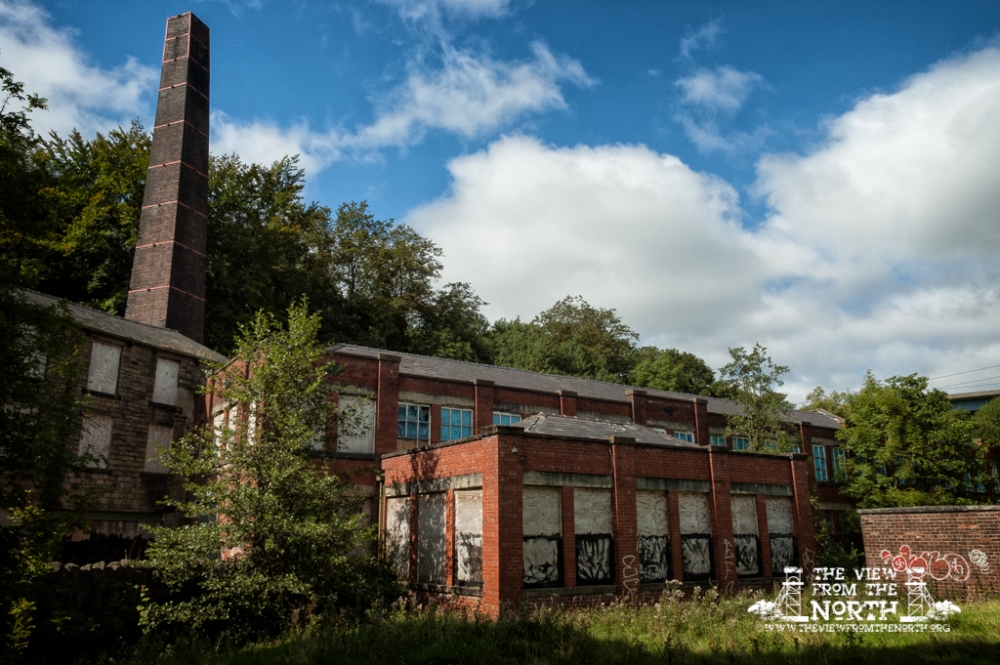 Timing was something I lacked when I visited Edenwood Mill. Like the sunday league clogger on a leaden wintry pitch, I completely mis-timed my run into the box. I’d known about the mill for years as I’d seen it dozens of times on my visits to the East Lancs Railway, but had never got round to checking it out. But I finally made the time to go and have a look. On arrival, the place looked secure, well boarded and no obvious signs of access from the main doors and suchlike. But the usual thing is to go round the back, and see what the situation is there. And if I’d been a day or two earlier, I’d have been successful. As it was, I found a newly restored fire exit, with brand new screws and fresh wood shavings on the ground. Balls. An open goal missed. And as I’ve never been one for creating access, I left, kicking myself at an opportunity missed. 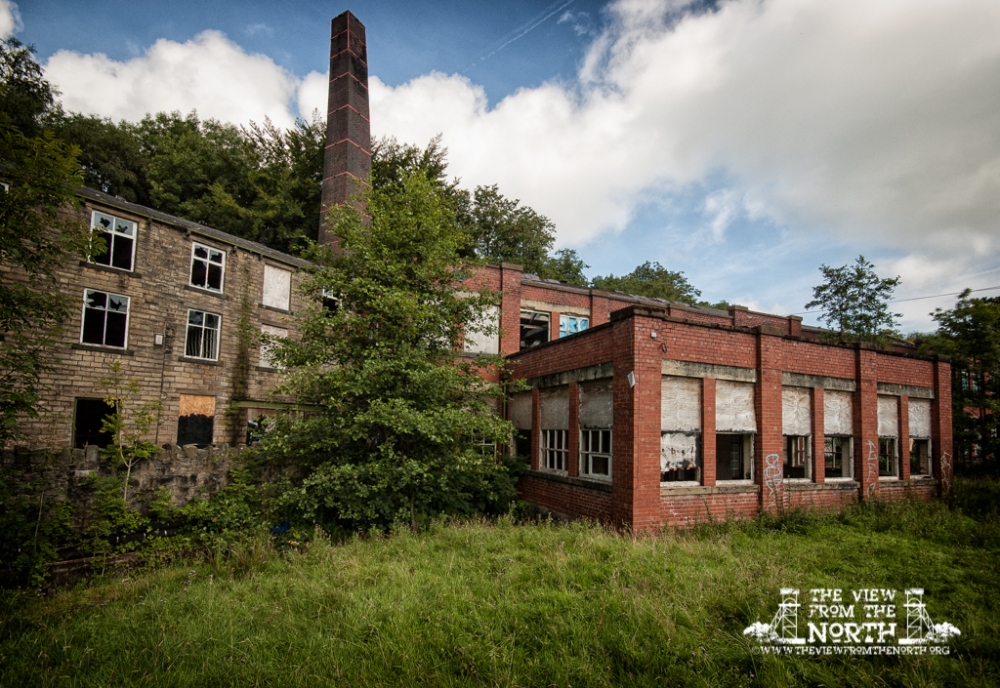 But enough of the football references and fast forward a year. A report appears on 28 days later by Chewy and this place has been trashed. Bad timing again on my part. Time for a visit then, at least access won’t be a problem this time. I decided that an earlyish visit was in order, so at 9am the next saturday morning I was making my way up the long drive to the mill. As I’d witnessed on the online report, the place was a mess, it looked like the gypsy’s had backed a transit through the roller shutter doors and proceeded to strip the place of copper and lead from the roof, judging by the amount of water damage.

I rarely do proper research on places I visit, placing my faith for the most part in the often questionable information found on the internet. So I know very little about the history of the place, but it seems to have been built in two parts, an Accrington brick-built larger two storey section, and an older stone built section with hilariously bulging exterior walls. It was also a bit of a labyrinth, with rooms and staircases coming and going to different extensions that were added over the years. Upstairs, the floors were wooden, and impressively spongy thanks to the ingress of rain. This made walking round a cautious affair, as there were also a number of large holes that appeared to have been cut into the floor for removal of machinery. As it was, they appeared to have missed a couple of bits of plant, no idea what their function was.

The older stone built section of the mill will probably be retained in any future redevelopment, (although, given the state of the walls, I’d imagine they’d have to pull it down and start again) and had some nice little features like the stone floors, although I wasn’t sure what the orb like things were that appeared on one of the photos that I took. Probably some kind of supernatural nonsense.

Someone’s had a go at helping themselves to some nice big stone flags.

Not the greatest of explores, but another one off the list. It was both satisfying and disappointing at the same time – satisfying to have finally done it, but tinged with the disappointment of being late and seeing it in a bad state. At the risk of extending the football clichés too far, I felt like I’d scored a late equaliser, but it was a result nonetheless. 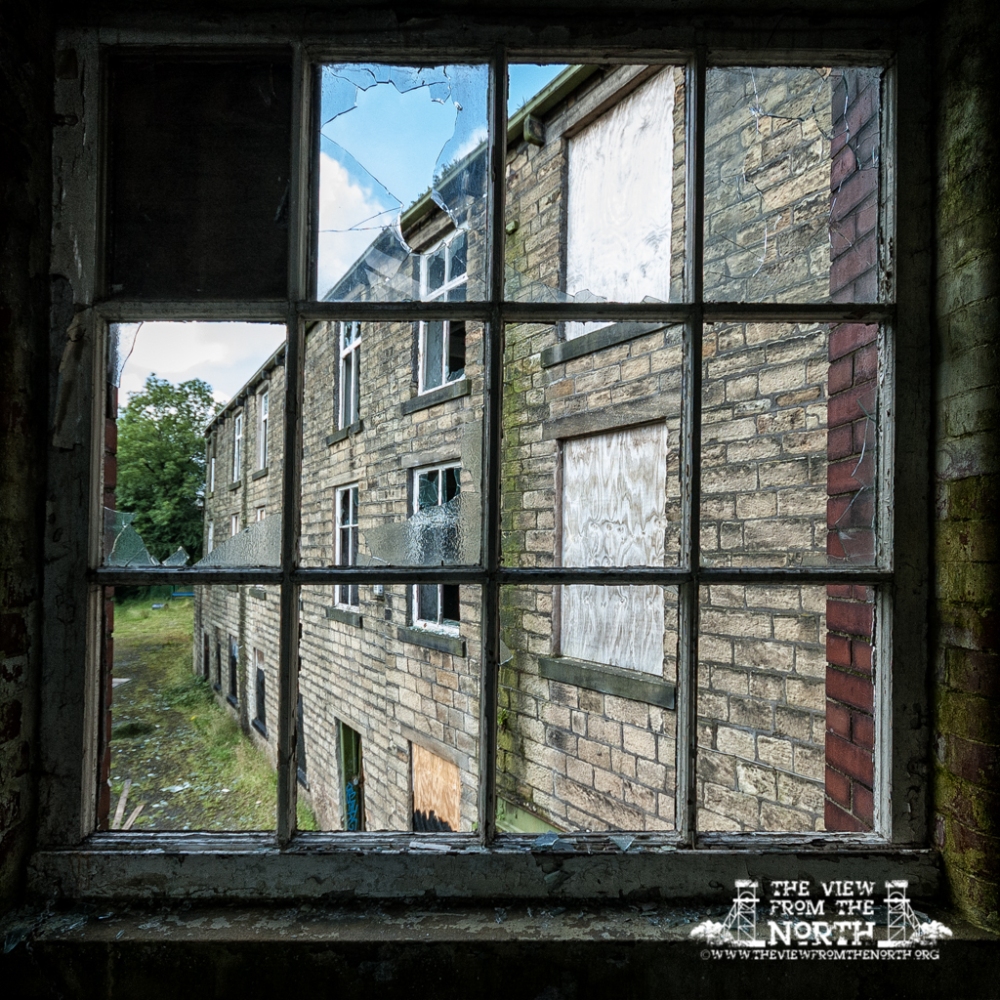 If you look carefully, you can see the stone wall bulging…..

This stream ran alongside (and under) the mill, and fed a small reservoir above the mill. I’d guess that a mill race once fed a water wheel to power the mill, before the steam engine came along.