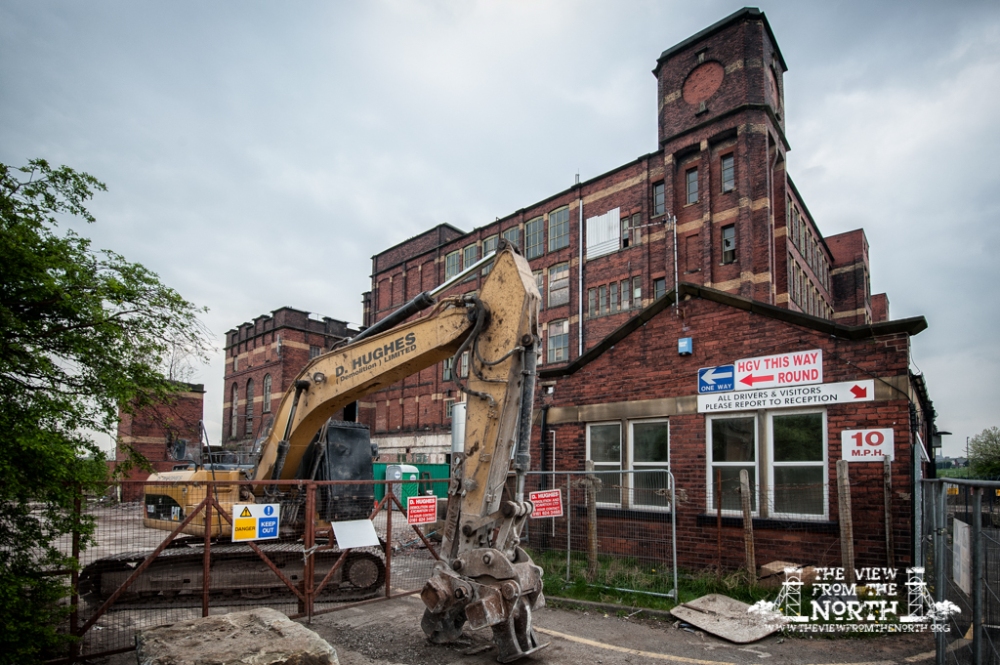 Depending on the circumstances, there are two approaches to exploring old buildings – stealth or high visibility. Dressing in high visibility vest and hard hat makes you look inconspicuous around an abandoned building or demolition site, as that’s what you’d expect people to wear around those places, yes? OK, its not infallible, but for sites where there’s no security, but are overlooked by curtain twitchers in houses, or is next to a main road or something, then it’s a useful ploy. Can you imagine a curtain twitcher ringing up the Police and reporting seeing someone in a hard hat and high vis clothing entering an empty building? Can’t see the Police giving it too high a priority.

So this was the approach I took when I re-visited Fernhurst Mill. It was another flying visit, as I was visiting our facility nearby and an early finish gave me a small window of opportunity to have another look before heading home for a spot of babysitting. I was slightly concerned that as it was school half term and abandoned buildings are a magnet for kids, that the place would be swarming with recreational vandals or there’d be a security or Police van sat outside. Pleasingly, there was none of the above, although I was slightly concerned to see a thundering great demolition equipped excavator parked in the gateway. As it was, nothing more had been pulled down since last time I went, when they’d just finished levelling the single storey shed adjacent to it. A quick recce round the perimeter showed that the fence was as porous as before, but I reasoned that squeezing through a gap on the footpath defeated the object of going high vis and looking like I should be there. So I  found a more discrete gap, only to see some movement on the site. What was it? At first it looked like a fox, but then it saw me and started to move towards me. Hmm, foxes don’t do that, and it looked quite big, so I erred on the side of caution and retreated in case it was a guard dog. What now?

Another quick look found an easier walk in access point on the other side, so throwing caution to the wind, I entered to see if the dog and or / it’s handler appeared. Nothing. Fuck it, go for it. 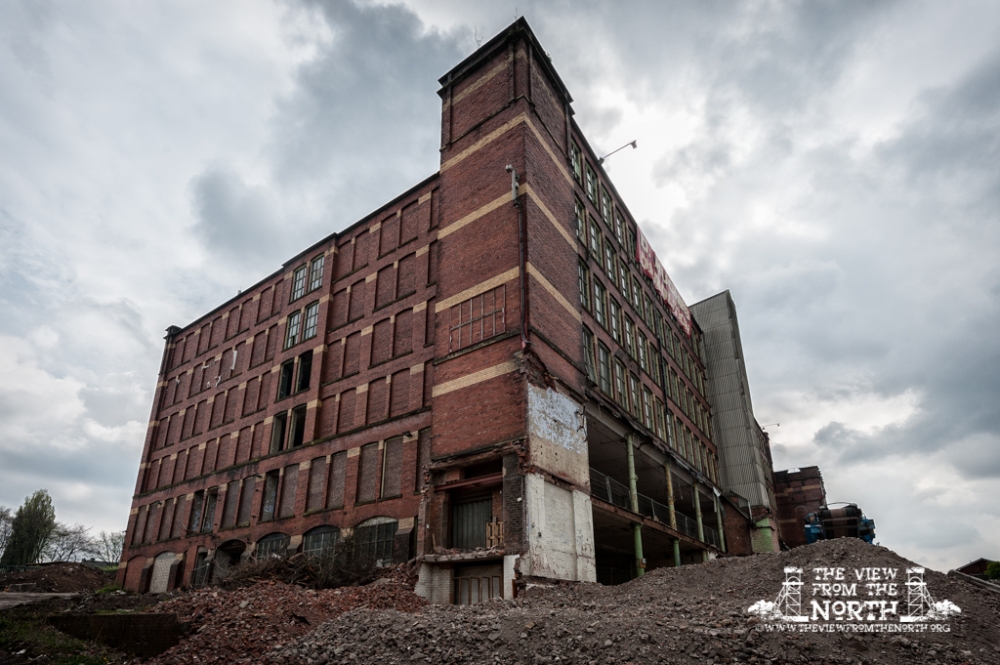 Traditionally, I follow the mantra of entering the building ASAP, get to the top floor and work my way down, then do externals last. However, I knew that this place had been stripped bare by the demolition crew and there’d just be empty space. I’ve been in enough empty mills to know what that looks like, so I didn’t bother given the limited time I had. So I got a few externals, and then took a wander round the lower floors, which were pretty much as I expected. That said, I like old mills. There’s something solid about them, and of course they’re vast. I’ve never been in a multi storey textile mill that’s working flat-out (there’s not many left), but the noise must have been incredible. It’s well-known round these parts that the mill workers communicated via lip-reading as nothing else could be heard over the screech of the line shafting and the rumble of hundreds of looms. If you want an idea of the noise, then I’d highly recommend a visit to Queen Street Mill in Burnley, where they sometimes have just a few of their looms going, and that’s loud! 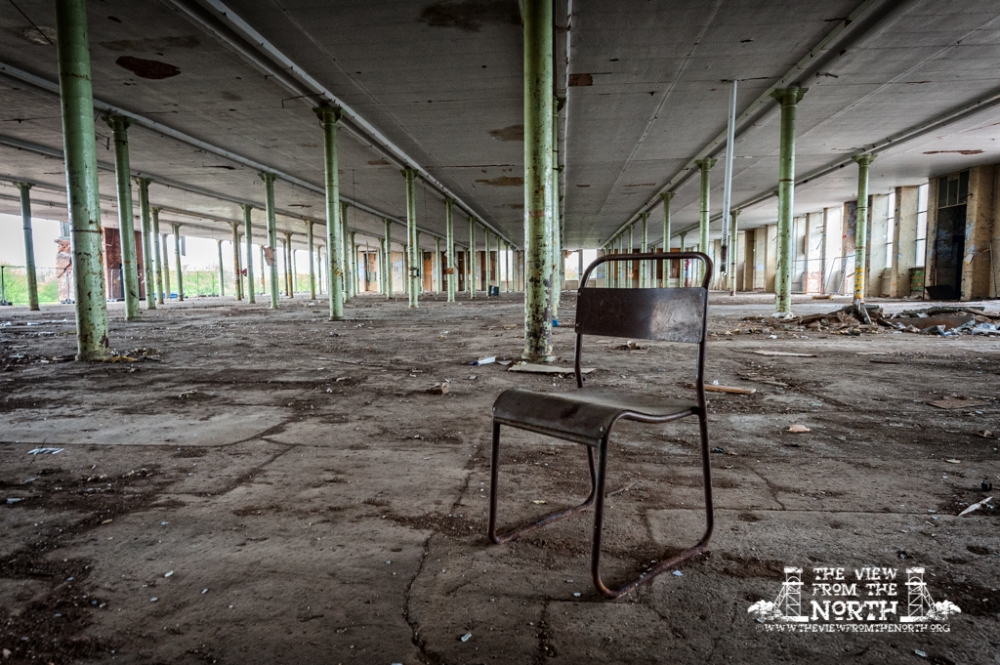 So after a while wandering and imagining what this place must have been like in full swing, I left. I’d like to have seen the engine shed with its impressive tiled walls, but wary of that dog, I slipped through the fence and went back round the front to get a few more externals.

As I said in my last post, I find it sad to see these old mills being demolished, and in my photos I’ve tried to capture a sense of that sadness, as another piece of our history waits to disappear into a big pile of rubble and dust.