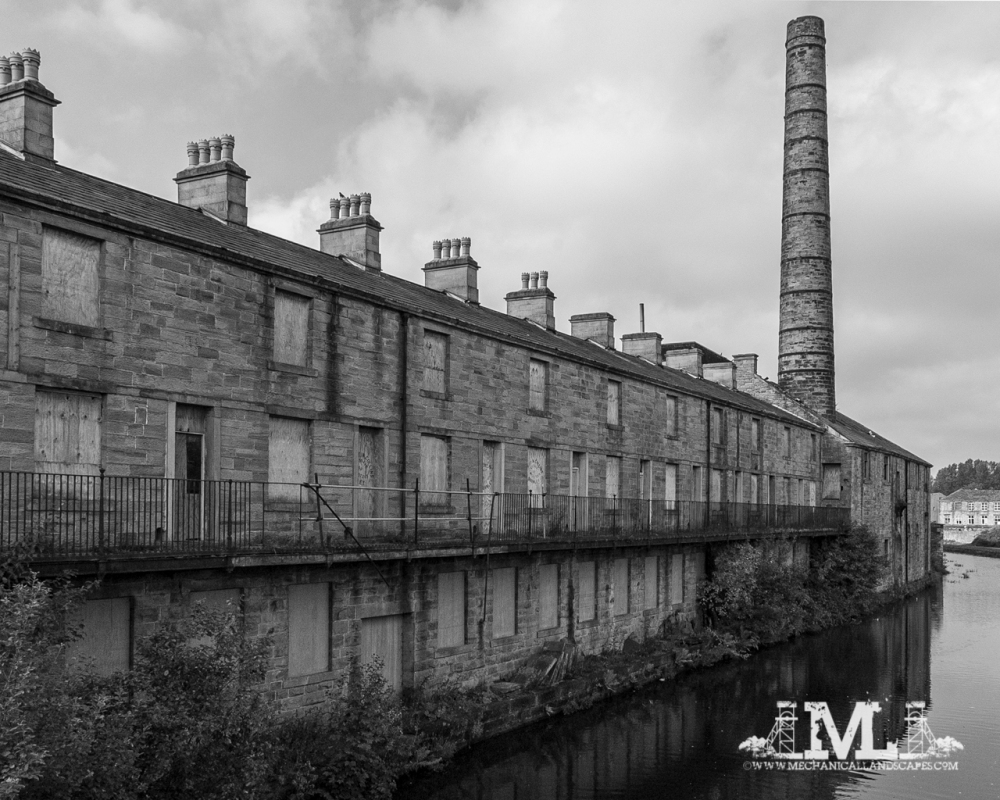 I’ve recently been digging through my archive for forgotten or undiscovered images and I took a look through an album of photographs I took in 2006 around the Weavers Triangle area of Burnley. It was a bright Saturday morning and unfortunately I was shooting into the sun, a fairly elementary error in my planning which was fairly ad hoc in those days. However, my processing skills and tools have improved since then, thus allowing me to rescue some of the badly exposed images.

Of particular interest are these photos of Slater’s Terrace. It’s been tastefully restored now like some of the other remaining mills in the district, but in 2006 it was still in a state of dereliction like most of the area. 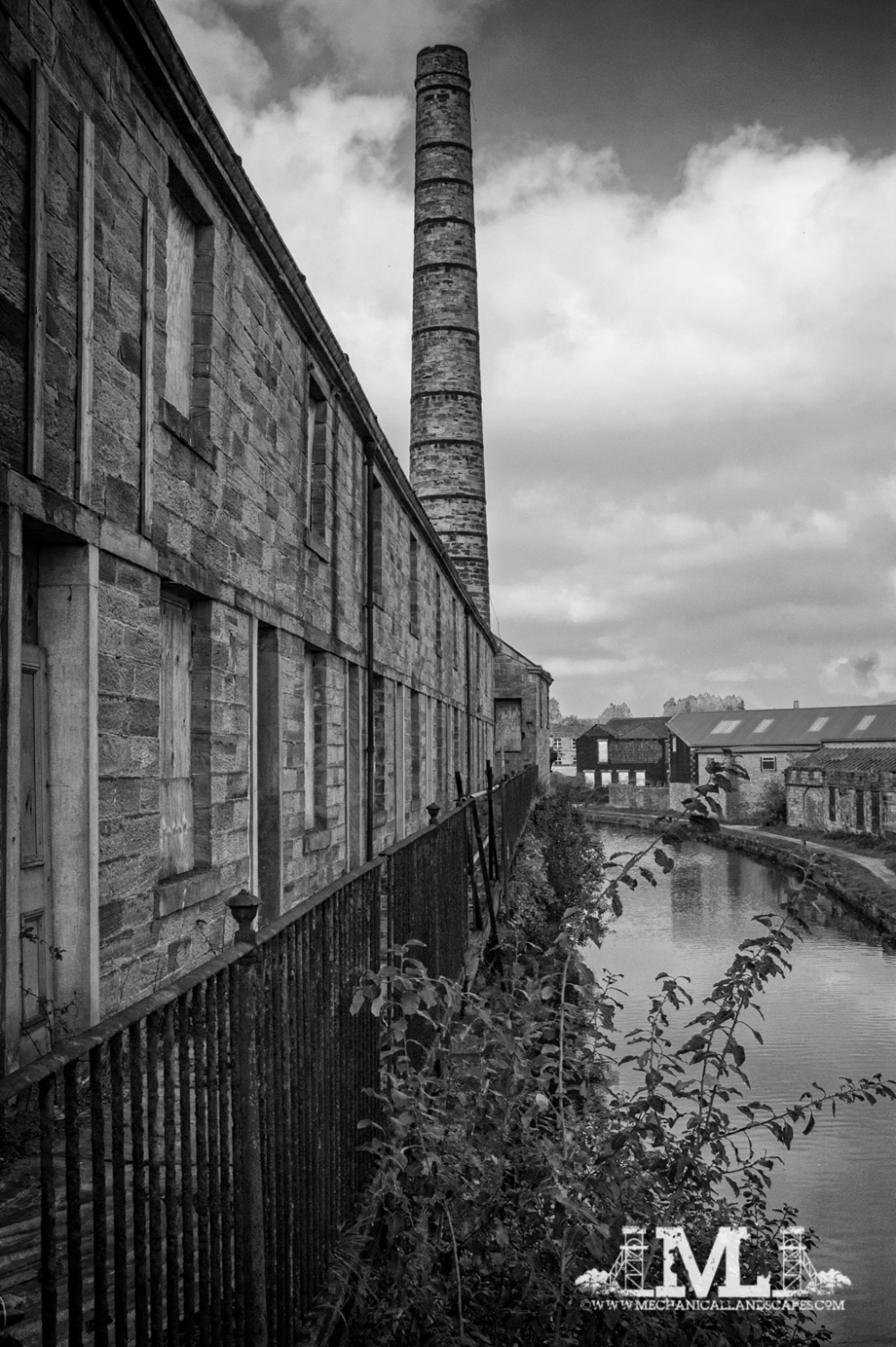 The north west end of the terrace would be in the middle of the photo, so as these are adjacent to the chimney, it would have been the last two houses that were converted to a boiler house.

The building is regarded as being quite unique for a number of reasons, and is unusual in that housing was converted into a textile mill, a curious inversion of the modern trend for converting textile mills to housing.

The following history has been abridged from this link.

The terrace originally comprised 11 houses, each with a small back yard containing a privy, and was built sometime between 1845 and 1850 by James Wiseman for George Slater, the owner of Clock Tower Mill. The building comprises a three-storey terrace and a two storey ‘warehouse’ below.
Sometime after 1858, the two houses at the north-western end were converted for use as a boiler house, which served a steam engine thought to have been situated immediately to the south, and probably at the level of the lower warehouse.
The houses were last inhabited in 1900, after which the dividing walls of the upper storey were removed to provide a winding room for Sandygate Mill. The privies and small yards at the rear of the houses were also removed at this time, and a raised walkway was built between the spinning block and the eastern end of the terrace. 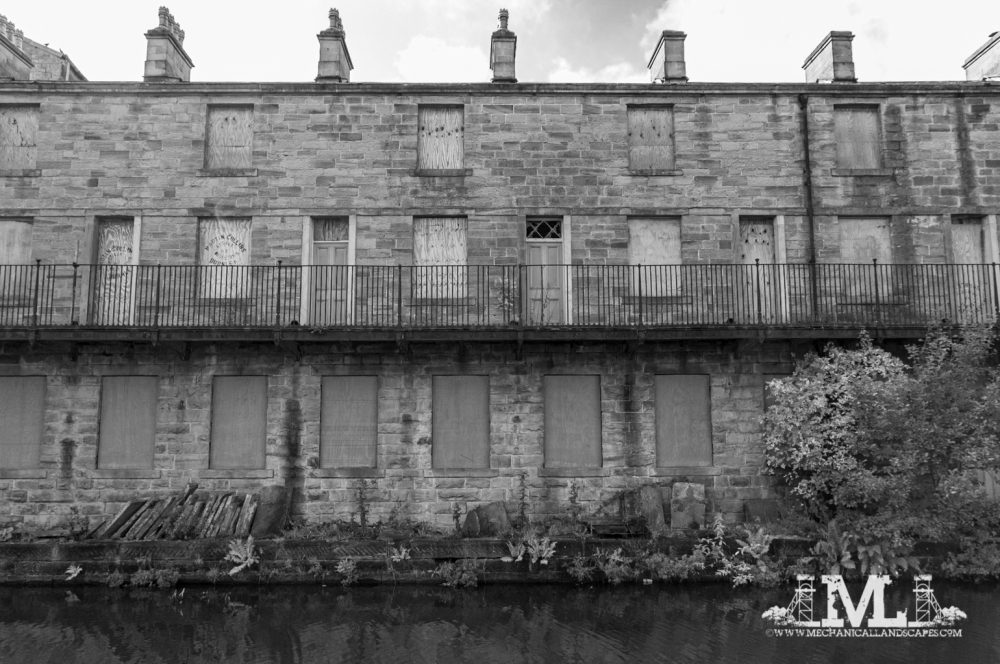 Not sure why the chimney pots are missing on the houses on the right.

Since 2006, the area has been extensively regenerated. Slaters Terrace and Sandygate Mill have been restored and the wasteland on the opposite bank has been transformed into Sandygate Square, a kind of modern continental style open space plaza thing, which while tastefully done, looks somewhat out of place at the moment. However, a university student accommodation is to be built around two sides of it which will make it feel less incongruous, no doubt. 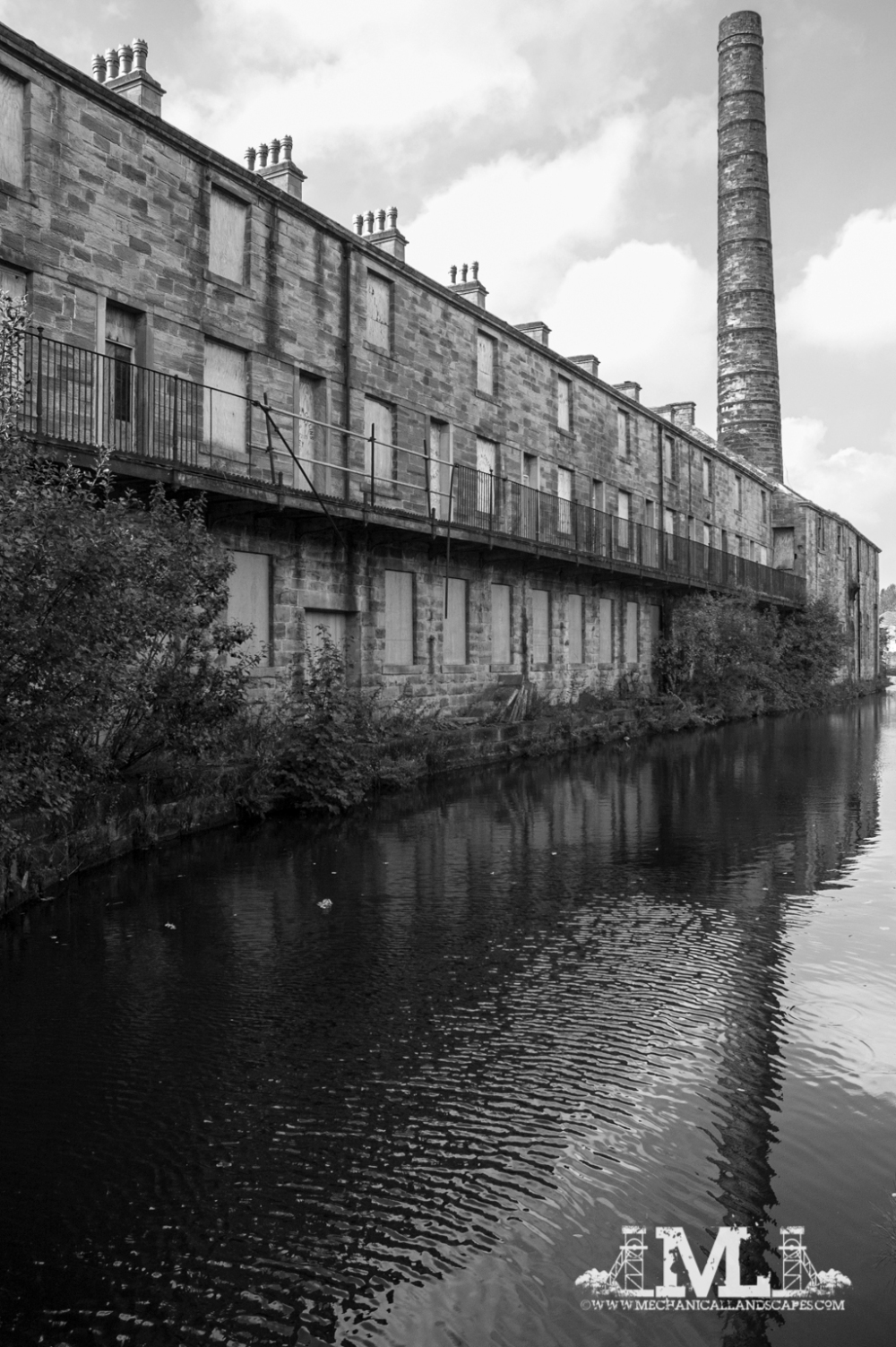 Similar view as the first image in the post but from a lower vantage point. Note that some of the iron railings have been replaced with scaffolding.

Looking back further down the canal, the mill to the left (Victoria Mill, I think?) has also been refurbished and is now a college building