Monckton Coke Works – a relic from a bygone age, this place has since closed and is now demolished.

Lune Mills Lancaster – a vast site on the banks of the RIver Lune in Lancaster. It was once home to a giant linoleum works and had it’s own power station  (which still exists), and although much of it had been demolished when I visited, I still managed to get this shot from the pavement, looking through a smashed window. 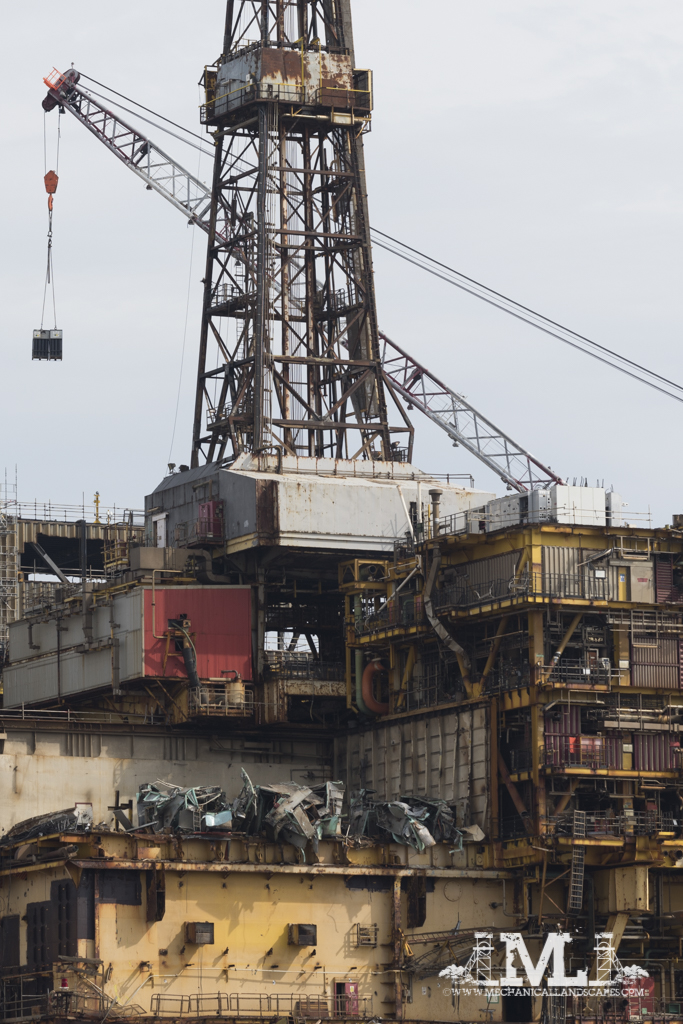 Brent Delta – this huge oil rig was being demolished at Seaton Carew near Hartlepool, it’s giant bulk adding to an already weird landscape.

Cammell Laird – the most recent photographs in this series, these giant cranes are the only two left of the many that once covered the Birkenhead yard.

Trafford Park Dry Dock – more cranes, but these have now gone. Manchester was once a major port, but the docks closed in the early 80’s. The upper reaches of the ship canal do see some commercial traffic visiting Trafford Park, but this little dry dock opposite Media City was the last remnant of the docks in use. 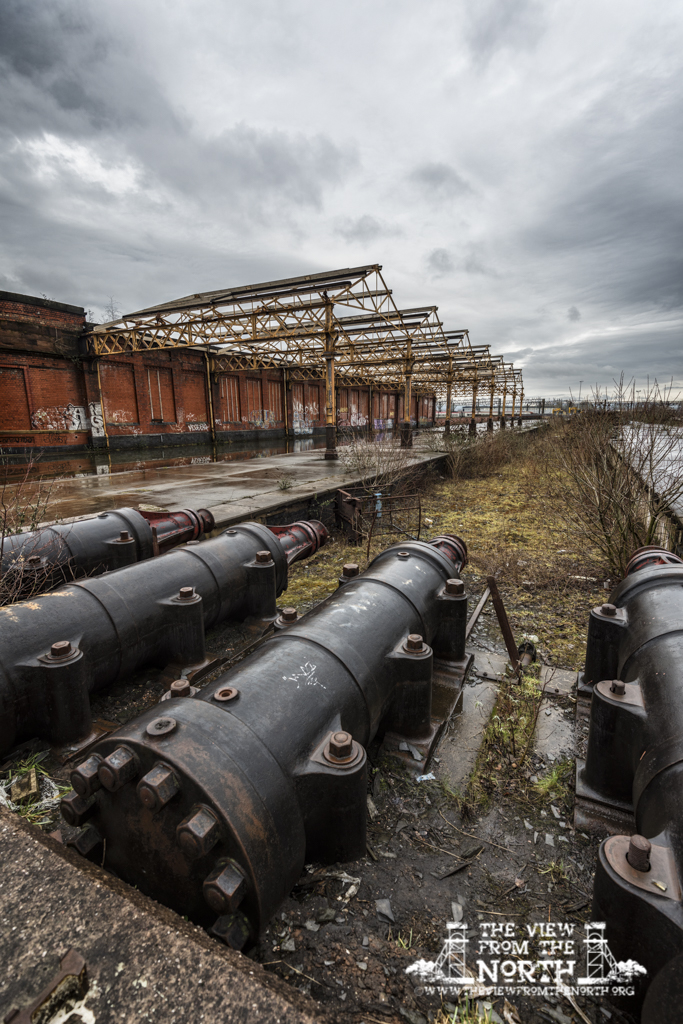 Mayfield Station – the largest undeveloped area in Manchester City Centre, this station had been out of use since the 80’s. It lost its roof a few years back, but it was still interesting to see what is left, as well as the gargantuan undercroft.