While the photographs I present on my websites etc are often heavily processed, they are all ‘straight’ pictures. Recently though, I have been experimenting with textures to see if the addition of these to an image can bring something else to it.

For this experiment, I selected my images of the steelworks at Scunthorpe, a set I took on a tour of the works in 2009. I wondered if the addition of textures would enhance the surreal feeling that surrounds the site – certainly straight out of camera pictures didn’t do justice although the monochrome versions in high contrast were an improvement. I also wanted to give the feeling of a journey of sorts, as they were taken from a train that was moving round the works. I was loosely inspired by the opening sequences of modern TV drama series such as Homeland and Deutschland 83, although I had a fixed number of images and couldn’t go back and shoot more to fill in any gaps in the narrative that I wanted to establish. 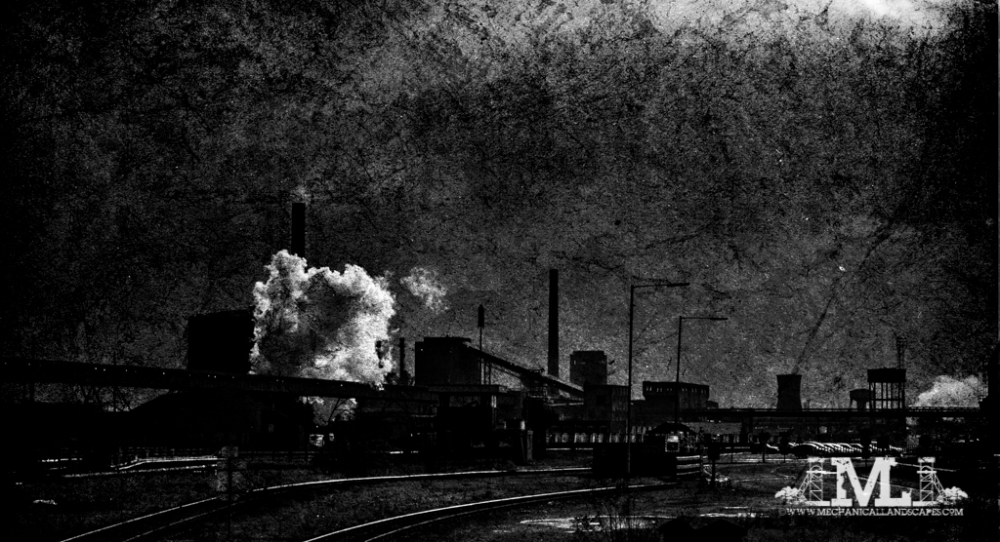 Starting with a monochrome version of the original image, I downloaded a texture from the internet, and then created a layer in Photoshop. I then adjusted the opacity and layer type.

I’ve put them all together into a short slideshow on YouTube, but the main output has been a small handmade book of prints – I still prefer the physicality of printed matter!