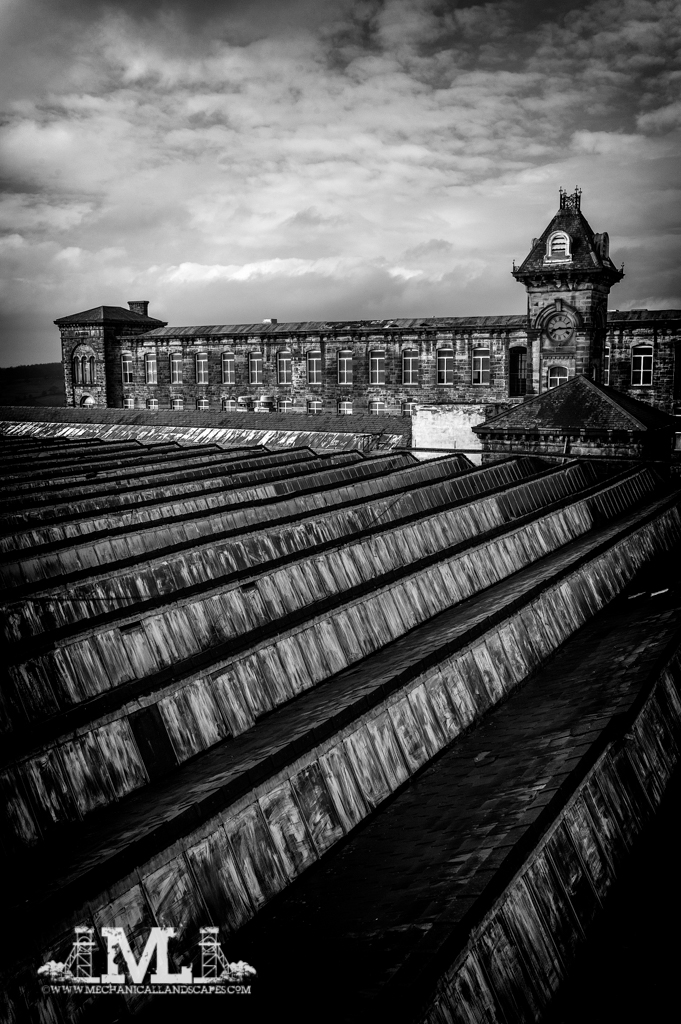 If you’ve seen my recent blog posts on the Rossendale mills, then this will look quite reminiscent of some of those. I’m not sure why I’ve developed a fascination for northlight windows, it’s probably just a passing whimsy, but in the right light they can look great. Unfortunately the winter sun was well off to the left of the scene so I’ve had to make some contrast adjustments in Photoshop.

Unlike the images from Haslingden, there’s no chimney to be seen here though, the original stone chimney that stood on the right of the frame, was replaced by a more modern metal one on the north of the site some years ago, and that was taken down as part of the recent decommissioning of the mill. Legend has it that the original steam engine is buried on site – maybe the redevelopment will uncover it…..?