As I was about to go on holiday, I thought I’d swing by after work to get a few more shots of the mill, in case it had gone by the time I got back (it hadn’t, it was still there). The evening sun was largely in my favour, and with a cloudy sky, there was something going on at the top of the picture to counter-balance the foreground.

Demolition had re-commenced and the remaining east section of the mill had been torn away before work stopped for the day, so I re-took Saturdays photos. The shadows cast by the sun help add some shade to the otherwise bland concrete are in the foreground, although I wish I’d got a bit more of the undergrowth in the scene to the right. 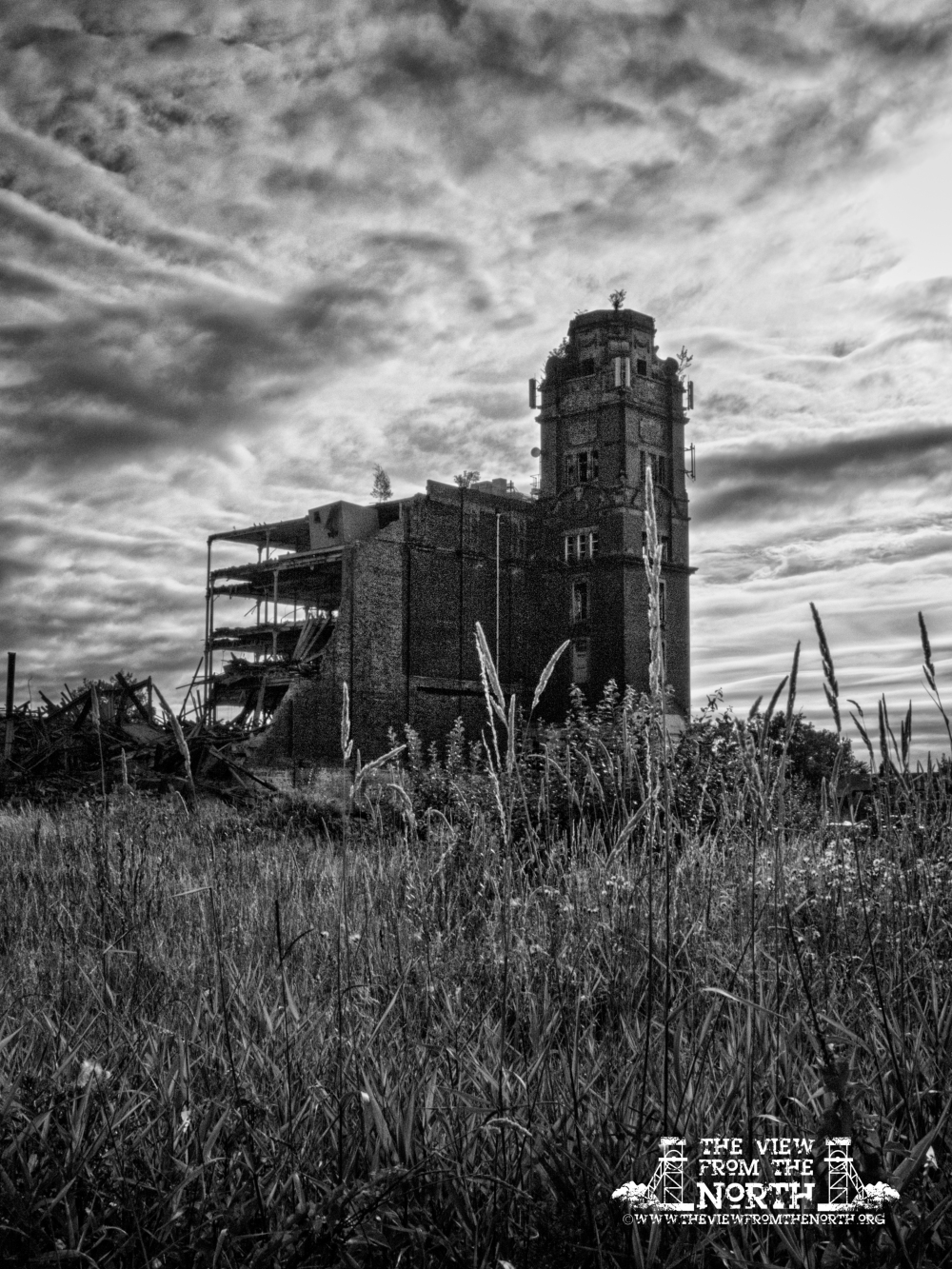 This was almost a great picture, but as I was kind of looking into the sun again, I didn’t realise at the time that the long blade of grass goes right up the mill tower. It’s my own fault for not checking the image on the telly on the back of the camera diligently enough, but it’s very annoying as it’s all I can see when I look at the picture now.

Finally, these are a variation on one I took a few weeks back and posted in an earlier blog post, and I think they work quite well. It’s compositionally similar to one I took at Lune Mills in Lancaster, albeit the scale is smaller and was difficult to compose. I initially chose to knock the mill out of focus, but then increased the aperture to get it in focus. This was somewhat easier on my Fuji X10 than my DSLR as its smaller sensor gives a greater depth of field, and its macro focussing mode allowed me to get closer to the razor wire that I was keen to get in focus.

I tried the same thing on my SLR, but even at F22 I couldn’t get the mill in focus as well as the wire. This is due to my only close focussing lens having a pseudo macro function from 50mm onwards, and on a full frame sensor, you still get a limited DoF.

I wanted to make a feature of the razor wire in the foreground to help give the image some depth, and I think the mill in focus possibly works better as you then see why the wire is there, i.e. to keep you out!