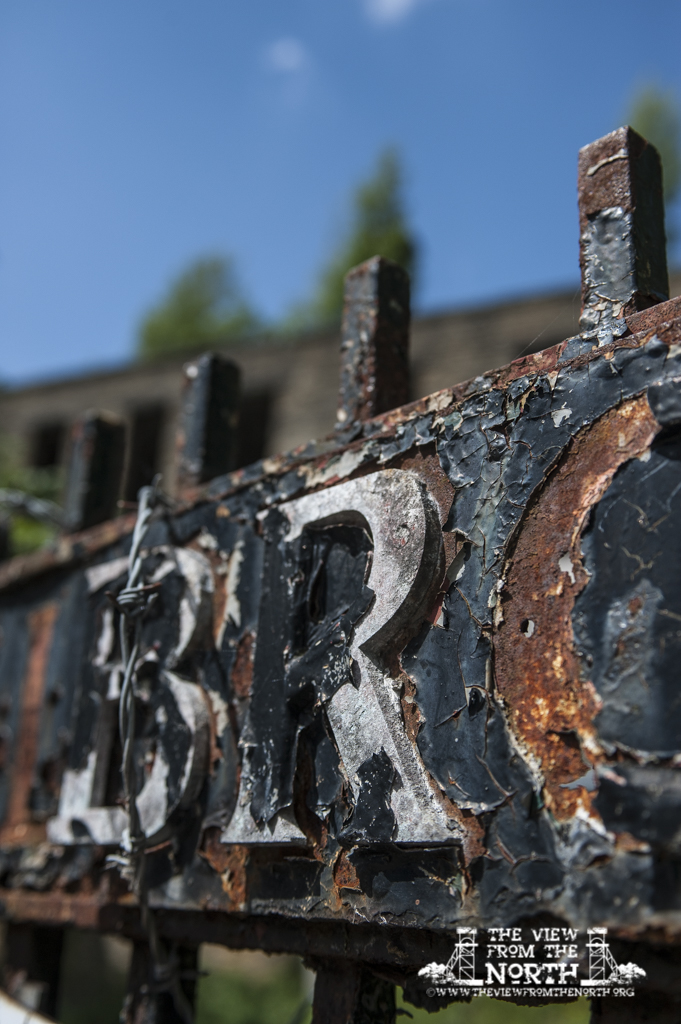 Some places are so derelict that they aren’t even worth spending much time photographing, let alone trying to find a way in. I’d spotted this place near to the old Railway Warehouse hidden in the woods in Mossley, so after mooching round there for a while, I thought I’d have a look at this place.

It was in even worse condition than I’d expected. It even made Ivy Bank Mill look structurally sound. I’ve seen reports on this place since by people who’d bothered to find a way in, but I didn’t even make the effort, it really did look on the verge of collapse. And it didn’t even have any of the photogenic charm of Ivy Bank, it was just a ruin. I even wondered if someone had started to demolish the place, such was it’s abject state. It’s hard to believe that in 2010 places like this still existed, it’s the kind of place I remember seeing being demolished in the 1980’s.

These are pretty much all the photos I took of this place, normally I’d take many more, but this place wasn’t worth the bother. 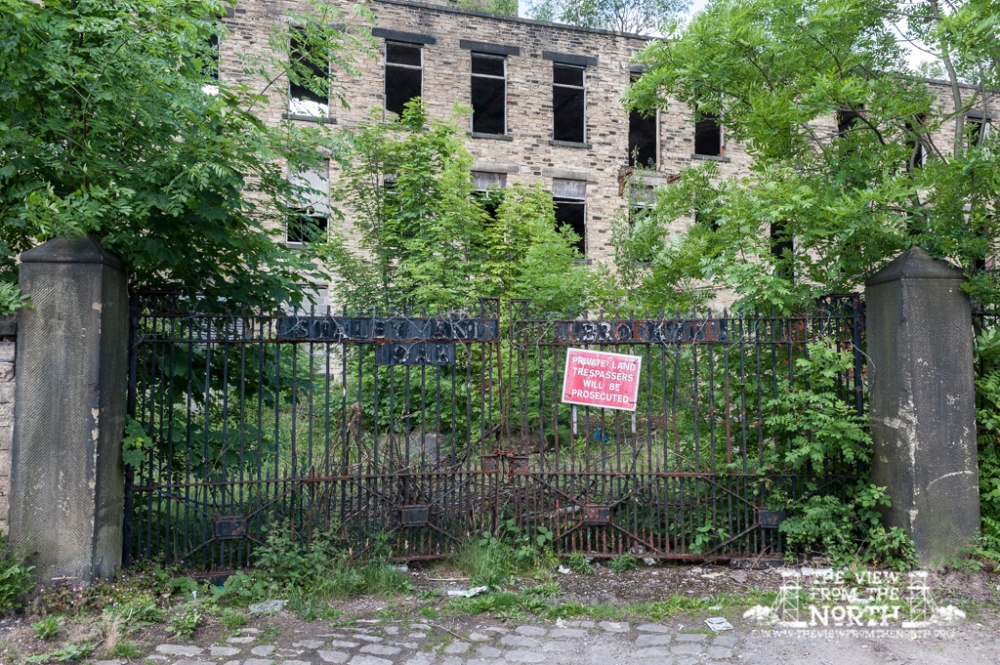 Frankly I’d be more worried about it collapsing on your head than being prosecuted. 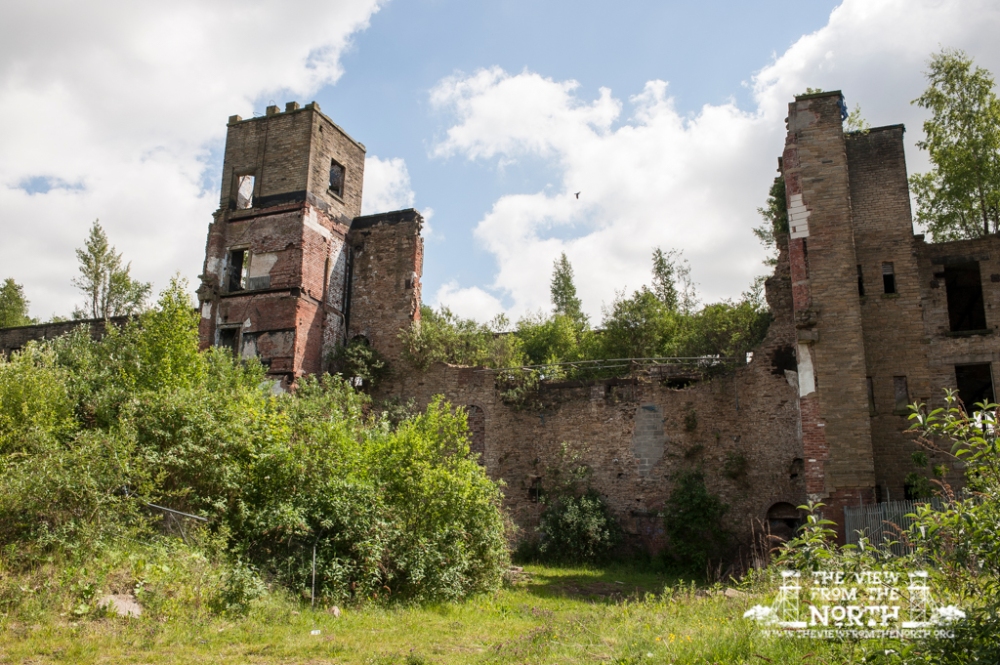 Not sure if this is the result of fire, decay or demolition. 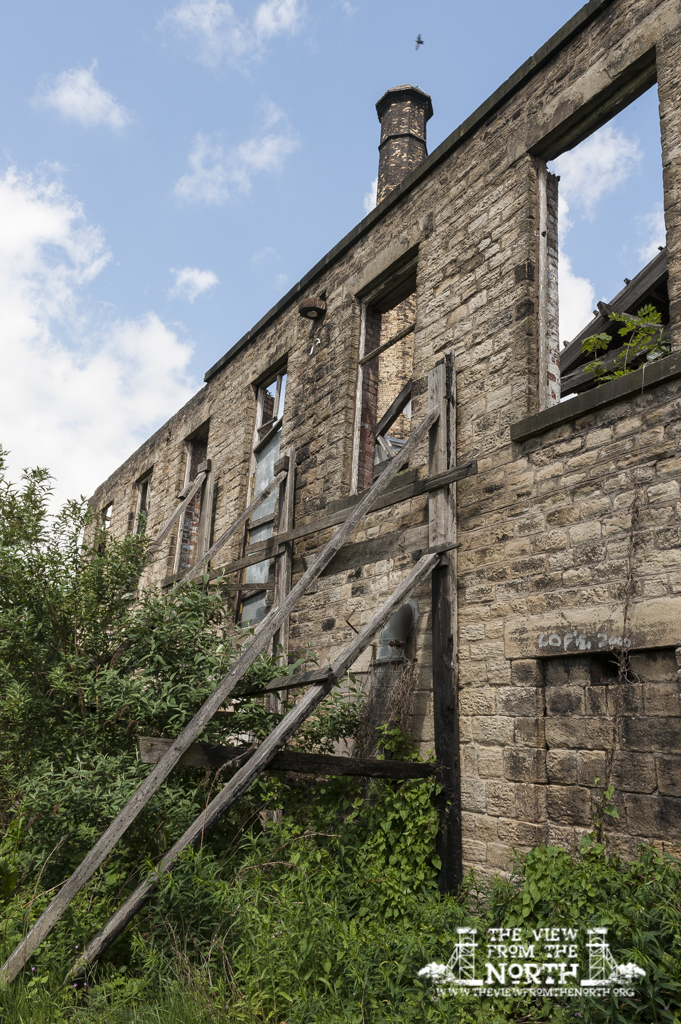 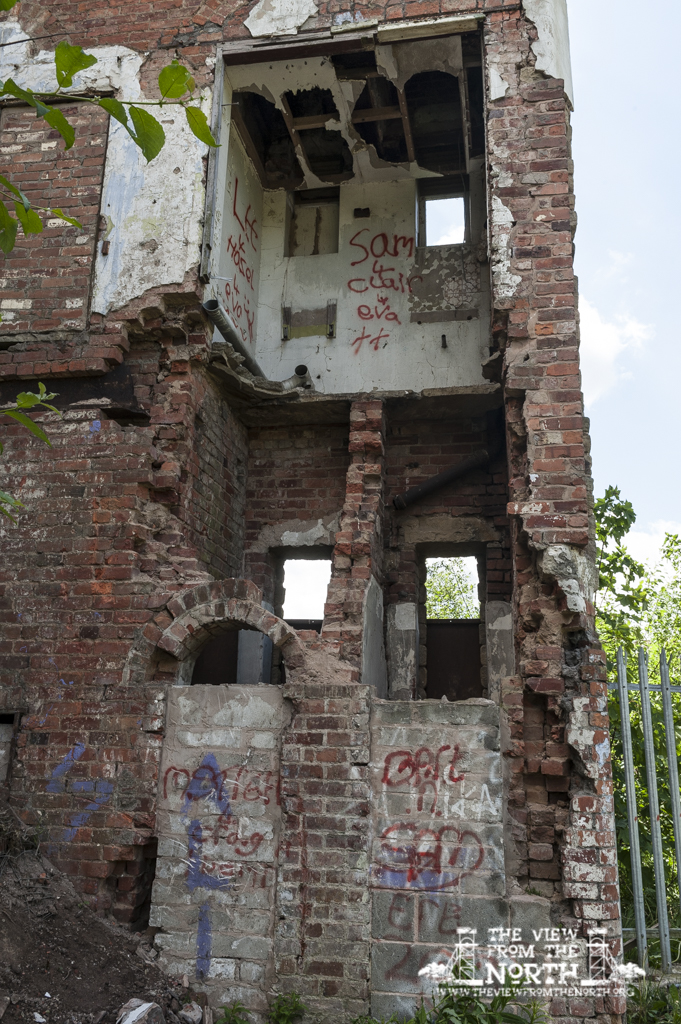 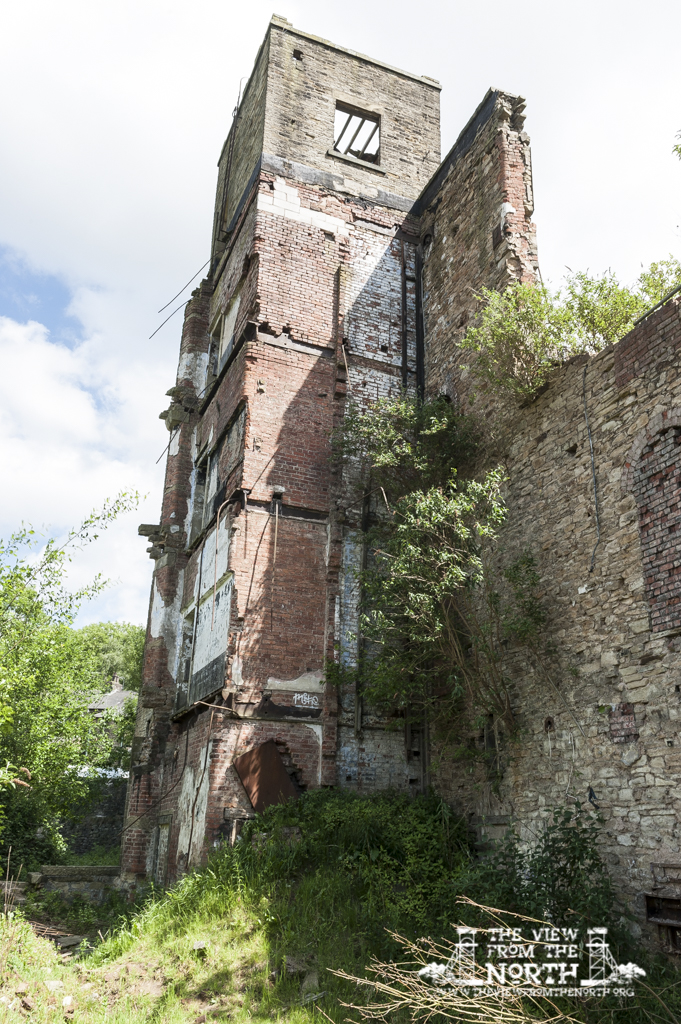 Best thing for this place is demolition. Can’t believe that it’s lasted this long. 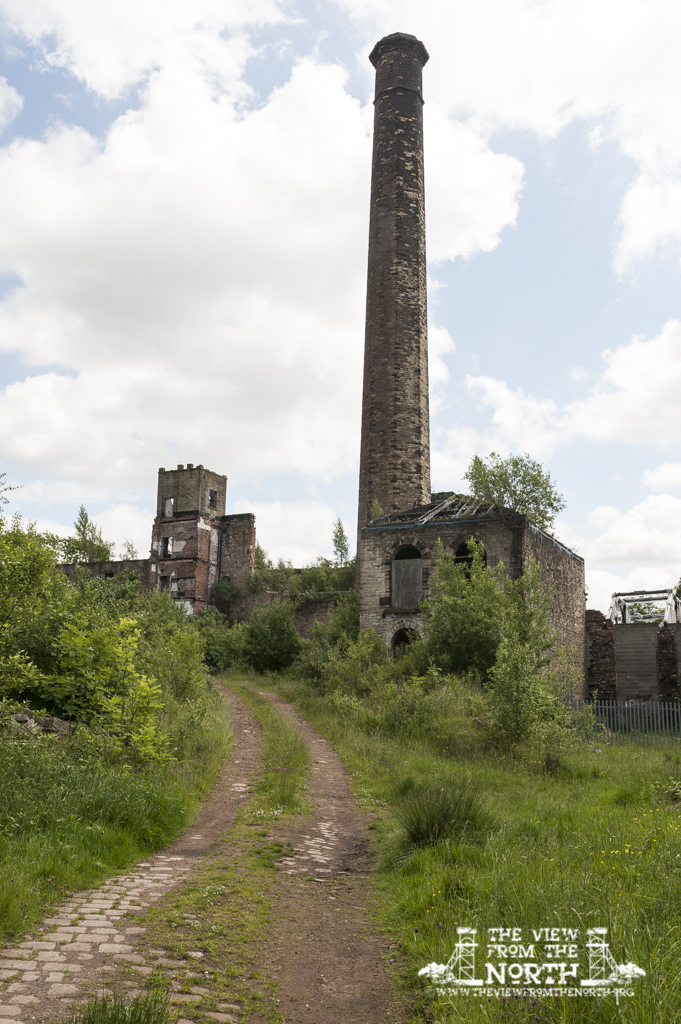 Interestingly, the chimney was still standing, they’re often the first things to be demolished once a mill falls out of use. I guess stone chimnies last better than brick ones.