I’ve never really got excited about mobile phones, only replacing mine when they were worn out or broken. However, now that they’ve become mobile computers that can also make phone calls, they’ve started to interest me a bit more. not so much the technology itself, but what that technology allows me to do. I’d started to use the camera on my last phone, a Nokia of some description, and found it to be not bad. So when the Nokia N8 was released, I took an interest as it was described as having the best camera ever built into a phone – a 28mm Zeiss designed lens and a 12mp sensor. Of course, more megapixels do not make a better camera, but with the sensor apparently larger than that in other phones, and even some compacts, it had to be worth a look.

I took a load of photos during the recent snowy weather and was pleased with the results, so I thought I’d give it a go when I went to have a look at the Duke Of Lancaster in Mostyn. 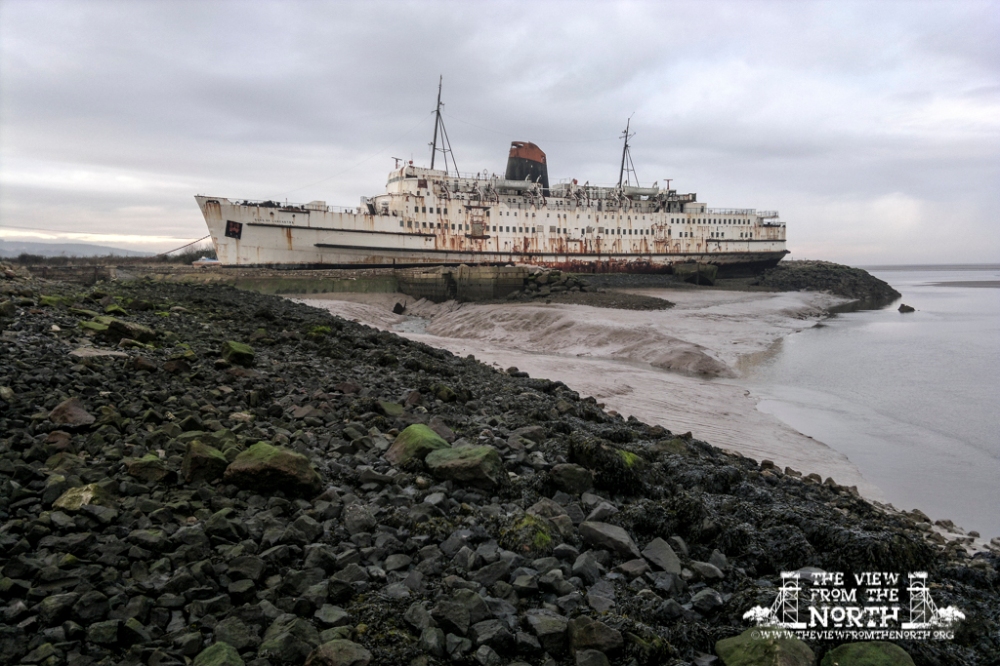 I’ll go into the history and such of the ship in my next blog post, but here’s a couple of snaps from the N8. These are more or less straight from the phone, with a couple having crops and a little adjustment to the ‘clarity’ (micro contrast) and sharpness.

When I went through the photos for the day in Lightroom, it was genuinely difficult to tell which ones were from my Nikon DSLR and which were from the phone. Of course, I was shooting raw on the Nikon, so the files are not the finished article, but this just goes to show that the photos from the N8 are very good indeed. The caveat here is this – the light was good, and the subject was completely static. Move away from these conditions and performance suffers, make no mistake.

However, as the name of Chase Jarvis’s book suggests, the best camera is the one that you’ve got with you, and if that camera is on a phone such as this, then you’ve got a chance of taking some very good photos. It’s in no way a replacement for a DSLR, but as it’s a lot more pocketable than a compact (albeit without a zoom), so the future could see some interesting developments.